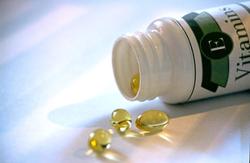 Vitamin B12 is present only in fish, meat, poultry, dairy and eggs so vegetarians and vegans may need supplements to get enough of this nutrient. — DANA TENTIS/Pexels

We are all aware about how important a balanced diet is for health, especially for ensuring that our immune systems are properly primed against diseases such as Covid-19. However, maintaining a balanced diet may not be as straightforward as one might think. It is not just a matter of ingesting vitamins and minerals, but it is important to consume them in a manner which maximises the availability of such nutrients to the body.

Vitamins are soluble in either fats or water, and this is important for the digestion and absorption of such nutrients.

Vitamin B1 is known as thiamine and in an important cofactor (or enabler) of several enzymes which are important for brain function and muscular health.

Vitamin B2 is often called riboflavin and is a co-factor in reducing oxidation effects of free radicals, and a severe deficiency is often indicated by an inflammation of the lips and mouth fissures. It is a vitamin easily destroyed by the UV rays in sunlight, hence foods containing riboflavin should always be kept away from sunlight. 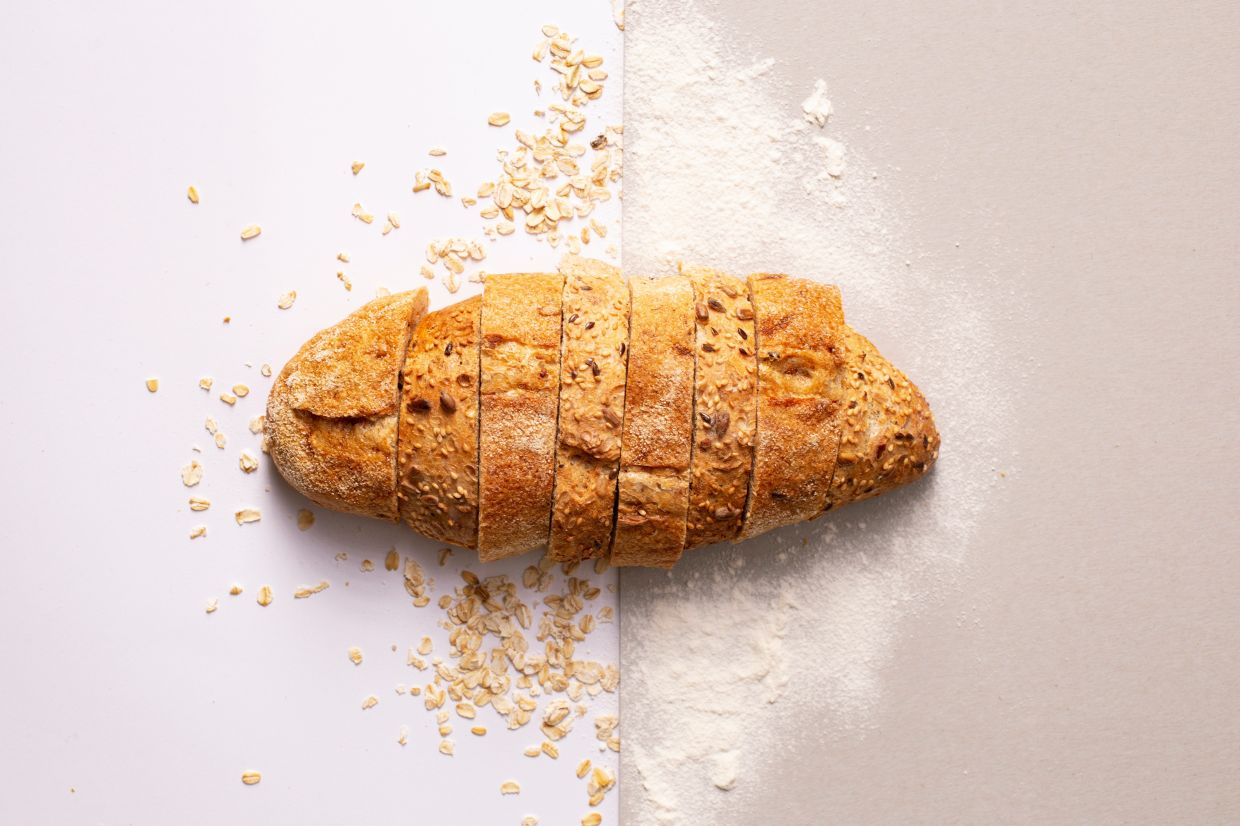 Vitamin B3 is often added to bread. — MARIANA KURNYK/Pexels

Vitamin B3 is commonly added to bread and is known as niacin. It is also a co-factor in managing certain oxidation effects. A deficiency of niacin is known as pellagra, with symptoms such as dermatitis, diarrhoea and dementia (sometimes called 3-D).

Vitamin B5 is called pantothenic acid and is an important component of enzymes which digest and transform fatty acids into energy and hormones. Symptoms include dermatitis, enteritis, alopecia (hair loss), and Addison’s disease (where the production of cortisol by the adrenal glands is negatively affected).

Vitamin B6 is lesser known as pyridoxine, even though it is crucial for regulation of the body and the formation of red blood cells. A deficiency can result in sideroblastic anaemia (inability to properly attach iron into haemoglobin), hyperirritability, convulsions, peripheral neuropathy (nerve damage in body extremities), and mental confusion.

Vitamin B7 is known as biotin and is critical for metabolising proteins, fats, and carbohydrates. One can often see biotin added to creams and supplements, mainly because it is a component of keratin (the stuff fingernails and hair is made of), and the idea is that biotin can improve the quality of the skin, hair, and fingernails. 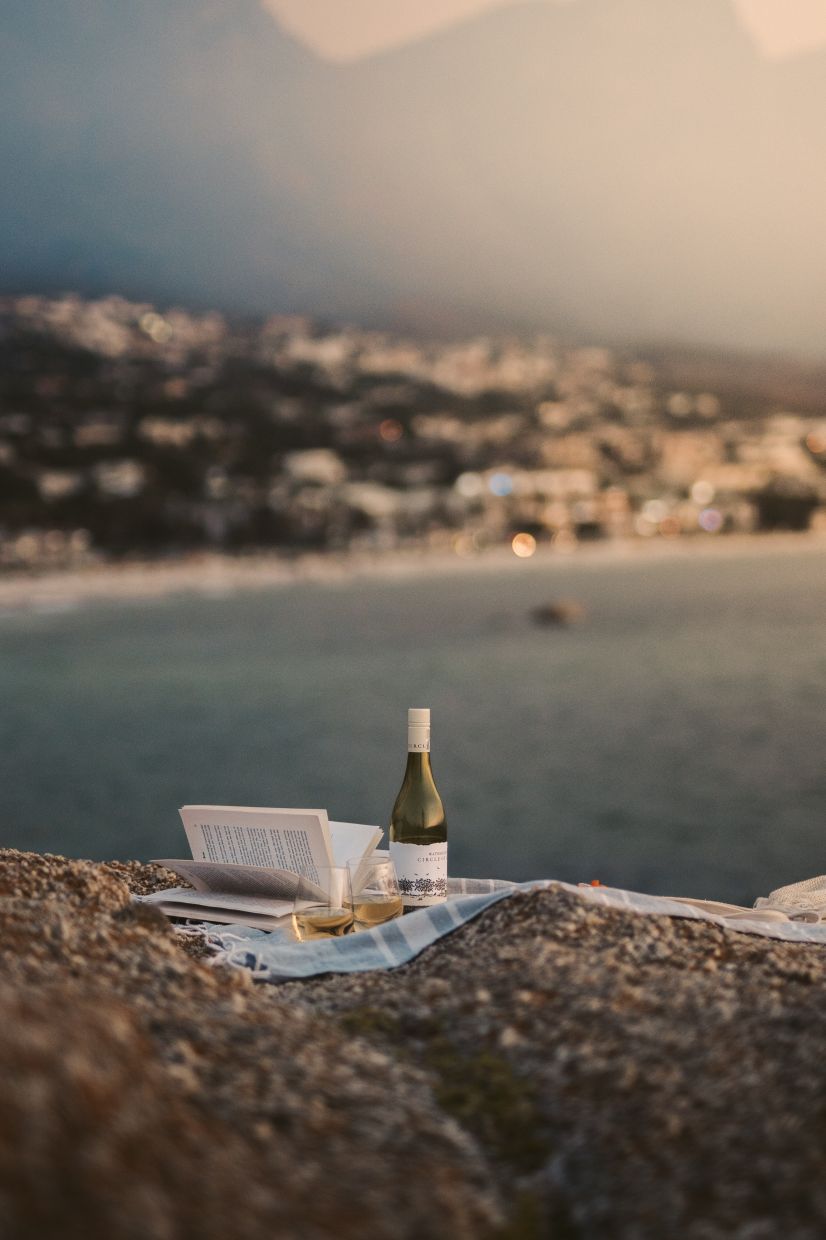 The functions of water-soluble vitamins can be severely impacted by excessive alcohol consumption. — TARYN ELLIOTT/Pexels

Vitamin B9 is another lesser-known compound called folate and this nutrient is crucial for the synthesis of DNA and RNA. Hence, folate is often supplemented in the diets of pregnant women or people with megaloblastic anemia (malformed red blood cells).

Vitamin B12 is an interesting compound based on cobalt, a mineral seldom used by the body. Hence, it is also known as cobalamin. It is an important nutrient for maintenance and growth of the nervous system, as well as the proper formation of red blood cells. A deficiency can lead to pernicious anaemia and the degeneration of the spinal cord.

Vitamin C is commonly known either as ascorbic acid or ascorbate. It is a powerful antioxidant and a critical nutrient for various bodily functions such as bone formation, healing of wounds, absorption of iron, strengthening the immune systems, maintaining blood vessels, etc. A lack of ascorbic acid results in a disease called scurvy, which causes various symptoms such as bleeding gums, teeth loss, poor healing of wounds, etc.

Of all the above water-soluble vitamins, a proper diet should provide enough to maintain general health, especially when meals are eaten with some water (which is generally the case). The minor caveat may be vitamin B12, which is present only in fish, meat, poultry, eggs and dairy products, and some vegans or vegetarians may not get enough of this nutrient without supplements.

The other point to note is that the functions of some of these vitamins can be significantly depleted by excessive consumption of alcohol. The vitamins most affected by alcohol are vitamins B1 (thiamine), B3 (niacin), B9 (folate), and C (ascorbic acid). But generally, a normal bottle of wine during dinner is not a problem, but three or more bottles might be.

Vitamin A is technically a group of compounds known as retinoids. Some foods contain retinols which are ready for the body to absorb, but other foods have carotenoids (eg, beta-carotene), which are converted by the body into retinols. Retinoids are important for vision (especially night vision), and for boosting the immune system. It is rare for anyone to be deficient in vitamin A, and a profound lack can lead to xerophthalmia (night blindness leading to severe eyesight problems). 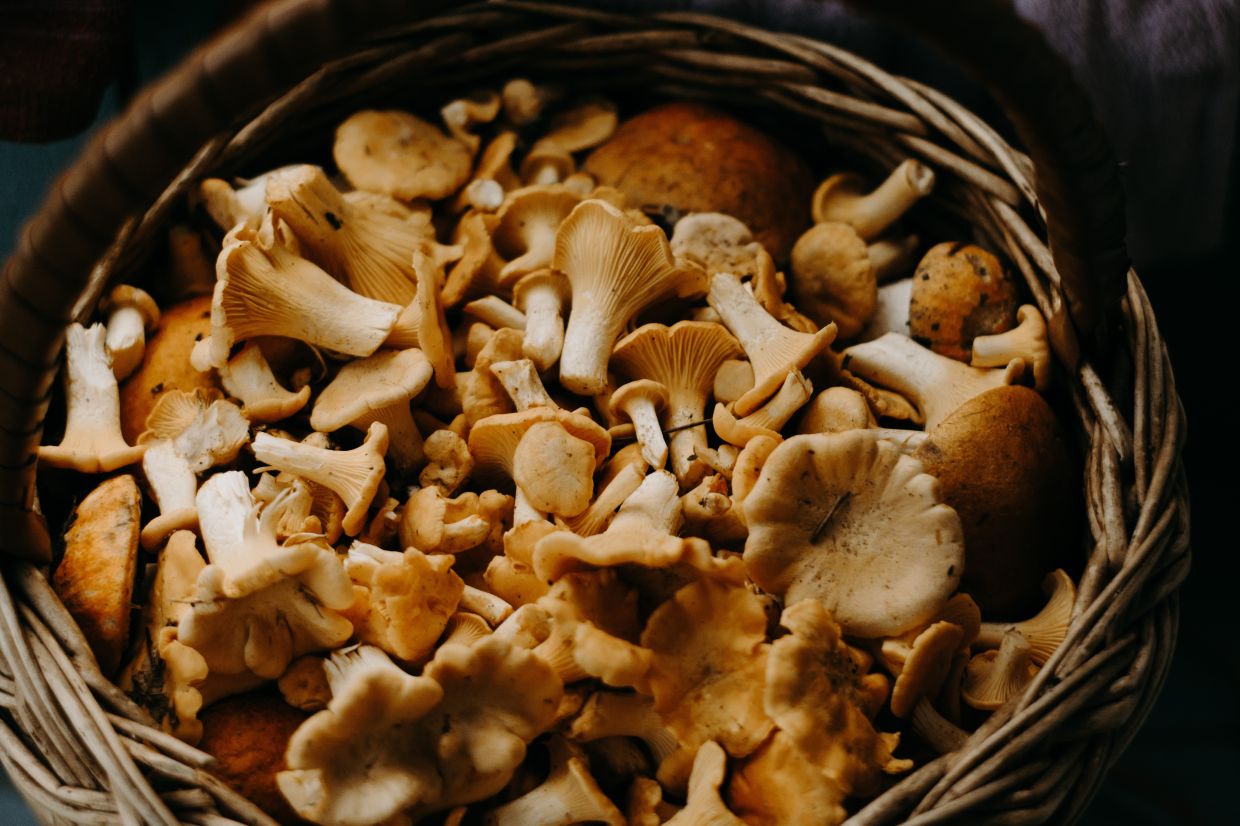 Vitamin D is another group of compounds known as calciferols, which the body cannot absorb before transforming them into calcitriol (1,25 dihydroxyvitamin D), which is then usable by the body. There are two main groups of calciferols: vitamin D3 which is found in animal fats, and vitamin D2 found in a small range of vegetation, mainly mushrooms.

Calciferols are important because they support the immune system and maintain bone health. The lack of vitamin D affects children more visibly than adults, causing a bone-deformation disease called rickets. However, it is estimated that more than a billion adults globally have a chronic deficiency of vitamin D, and around half of the world’s population have vitamin D insufficiency.

Even in the USA, 35% of the population are deficient in vitamin D. This condition is manifested in adults as osteoporosis and a (much) poorer immune system. More on why this is a major problem, especially during a pandemic, is in my previous article ‘Presidential Nutrients’. 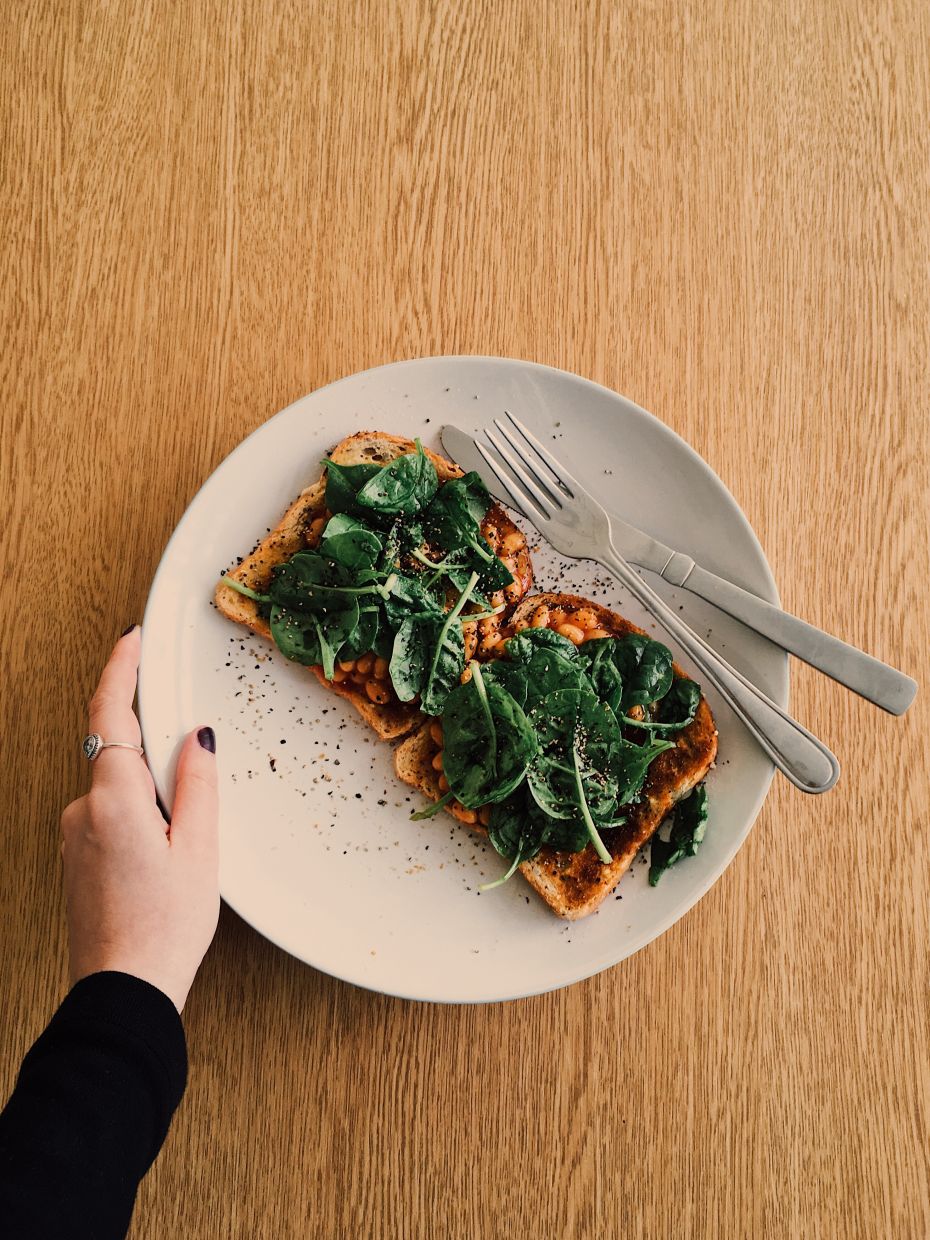 Vitamin E is technically a group of eight compounds called tocopherols, but out of the eight, the human body can only process alpha-tocopherol. This compound is important to the body as an antioxidant, a boost to the immune system and as an agent to dilate blood vessels and help prevent clotting. A deficiency of alpha-tocopherol is rare and can lead to nerve and muscle damage, vision problems and a weakened immune system which can lead to other diseases.

Vitamin K is presented in two forms in the human diet: phylloquinone (vitamin K1) found in in leafy, green vegetables and some other plant sources, and menaquinones (vitamin K2) present in animal sources and fermented foods. Both are well absorbed by the human body.

One major function of vitamin K is its ability to help the body form blood clots which can prevent excessive bleeding. Additional to that, the compound also helps to lower the risk of heart disease, improve bone health, and reduce the excessive build-up of blood calcium. It is quite feasible for people to be deficient in vitamin K without many outward signs, and this is usually manifested later in life by excessive bleeding episodes and lower bone density.

Several trace minerals are also crucial for health, and there are quite a few of them, such as calcium, phosphorus, potassium, sodium, chloride, magnesium, iron, zinc, iodine, chromium, copper, fluoride, molybdenum, manganese, and selenium.

Calcium is clearly an important component for our skeletal health, but during these lingering pandemic days, perhaps the focus should be more on iron and zinc, which appear to be important minerals for the immune system. 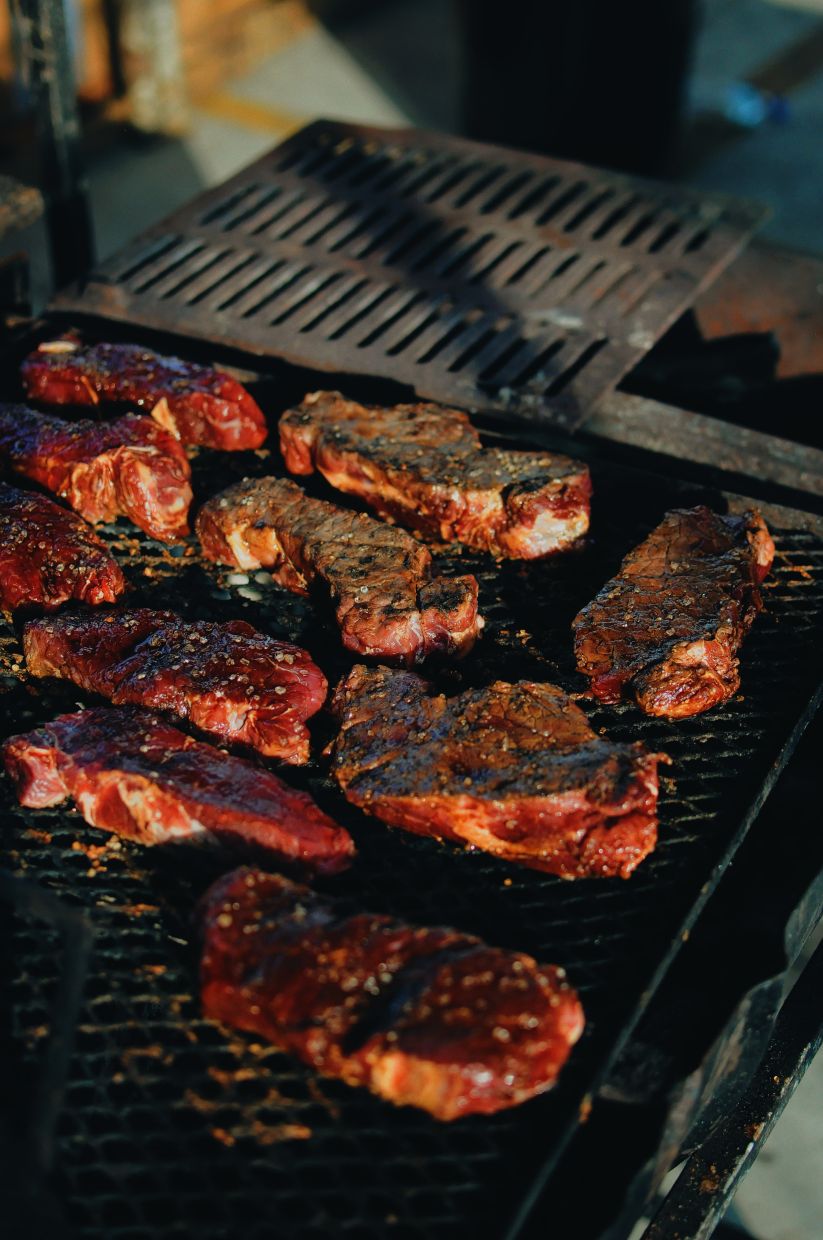 Red meat is a rich source of iron. — DESATIVADO/Pexels

Iron is crucial in its role of priming haemoglobin in red blood cells to transport oxygen around the body. However, this mineral also helps to improve the immune system, though for reasons which were not always clear until perhaps recently. A paper published in March 2022 states that iron improves the effectiveness of the innate immune system (the first line of defence against diseases) by enhancing the impact and effect of white blood cells in the body.

Additionally, it is claimed that iron also stimulates and improves the antibody response in the body’s adaptive immune system (the second and more sophisticated immune response mechanism). Iron deficiency is the most common cause of anaemia globally, and usually affects countries and populations with poor diets. Up to 17% of the world’s population have iron deficiency to the point of suffering from anaemia. To improve absorption of iron, ingest iron-rich foods with foods/drinks laden with vitamin C as this can significantly improve the uptake of iron.

The other critical mineral mentioned today is zinc, probably because few people will know that the WHO estimates 31% of the world’s population is deficient in zinc, or that zinc deficiency accounted for 47% of all deaths in India, Nigeria, Democratic Republic of Congo, Ethiopia, and Afghanistan.

Zinc is an immensely crucial mineral for the body’s innate immunity system, and it should be noted that for the body to absorb this mineral, zinc must be consumed with proteins. The other issue with zinc is that the body cannot store this mineral, so it must be replenished daily from the diet. As to why this mineral is so important to human immune systems, please refer to my previous article ‘Presidential Nutrients’. 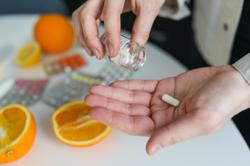 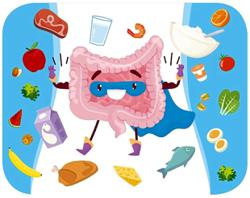 Checking if that tomato paste can still be eaten
Does the glass you use change the way a champagne tastes?
Curious Cook: Meat from air
Curious Cook: The antioxidant story
The multiple health benefits of cinnamon
If you love cocktails, watch 'Drink Masters' on Netflix
Eat earlier and within a 10-hour window for weight control
Mum’s food intake linked to child’s obesity
Mediterranean diet helps cancer immunotherapy
These diet tips can help manage this hormonal condition in women