Showcase of Norway’s bounty from the sea

The Norwegian Seafood Gala Dinner once again showcased an assortment of seafood from Norway at the event held at Mandarin Oriental, Kuala Lumpur.

The centrepiece — a giant ice sculpture of a Viking ship — said it all with an impressive display of monkfish with a trout in its mouth, alongside turbot, king crab, lobster, halibut, haddock, mackerel, shrimps, clams and scallops.

The seafood gala dinner has been held in Kuala Lumpur for the past 26 years.

Naesheim, who is head chef and chief executive officer of Snorre Food Pte Ltd in Singapore, has been organising the dinner for 20 years.

“About 70% of the ingredients are the same as previous years, but this year, we introduced new seafood such as dogfish, wolfish and tusk (from the cod family) as well as new flavours, ” said Naesheim. 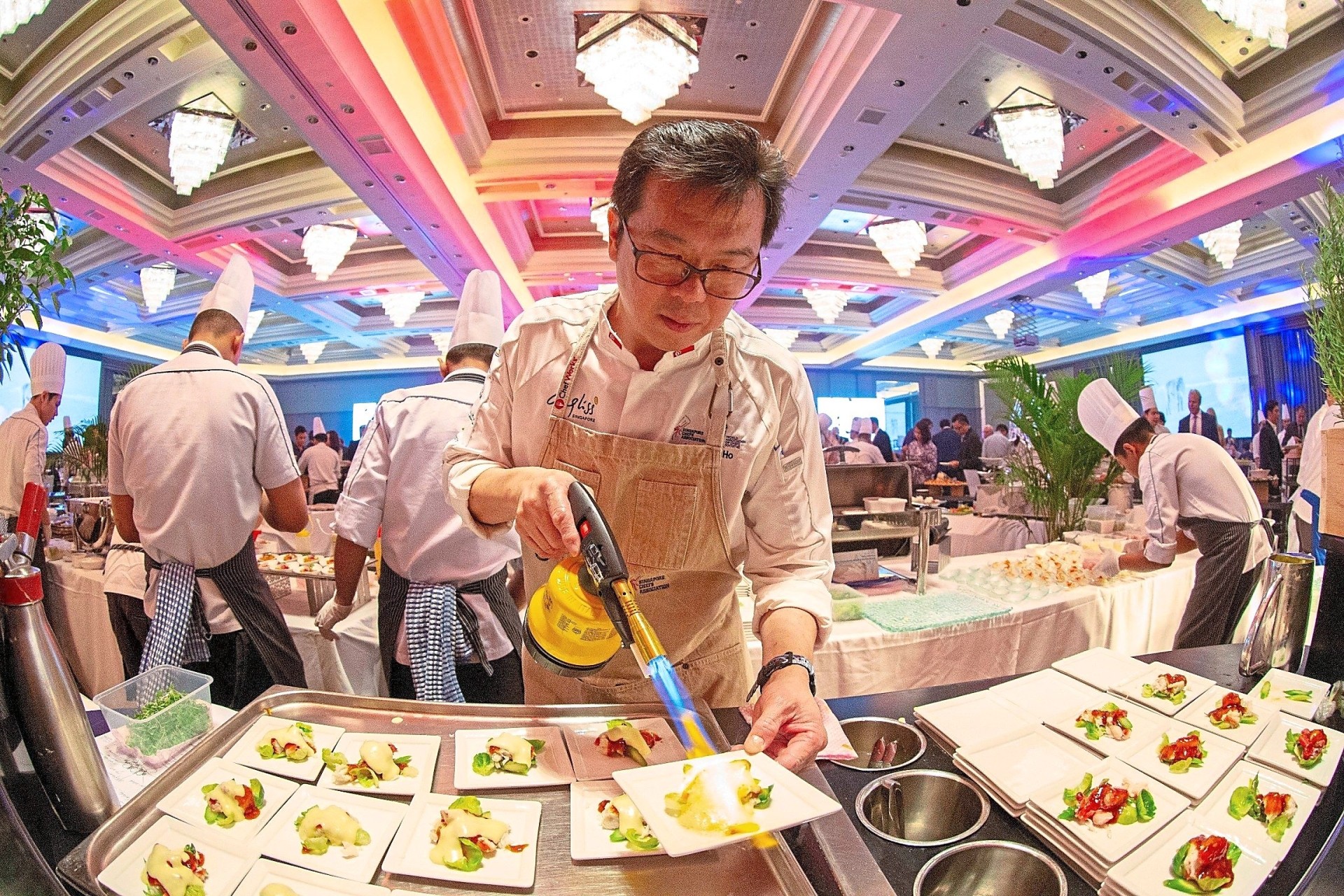 The three guest chefs were behind the live stations serving their specialities.

Some of the 750 guests also helped themselves to the dishes at the hot carving station, which featured Hot Smoked Greenland Halibut with Tomato and Pomelo Salsa as well as Baked Whole Turbot with Smoked Almond Romesco Sauce.

There were also Malay, Chinese, Thai, Indian and Western dishes.

The Grilled King Crab Legs were a winner, as were the Fried Scallops with Salted Egg Yolk, Crab Cake Sliders with Chipotle Mayonnaise, Salmon Makhanni and Sauteed Coldater Prawns with Cereal and Curry Leaves.

There were also sushi and sashimi at the Japanese station, caviar and a gravlax carving station.