Pushing rentals to the fore

For hire: Most people consider buying rather than renting household items, which is a mindset RentSmart hopes to change.

AS people tighten their purse strings and prepare themselves for the winding road ahead, there may be an opportunity for platforms such as RentSmart Asia to shine.

The platform, founded by Indran Gegathesa and his partner Parthiven Shan back in 2018, allows consumers to rent out their things to other people.

While the growth of the sharing economy has helped boost RentSmart in the past year, Indran notes that the current economic circumstances will further propel the site.

“We are definitely seeing a huge growth in the sharing economy market. However, we also believe the current economic pressures will drive the adoption of renting.

“The current situation with Covid-19 is putting so much strain on economies and individual’s finances that we believe the renting of one’s unused or underused possessions will help generate supplementary income, as opposed to selling the unused possessions where the profit is only realised once, ” says Indran.

The idea of rentals is nothing new in the market. For years, people have been renting cars, properties, equipment and costumes. The difference with RentSmart is that it allows people to do it digitally, which would be a plus point for the business considering a stronger aversion for physical stores today. 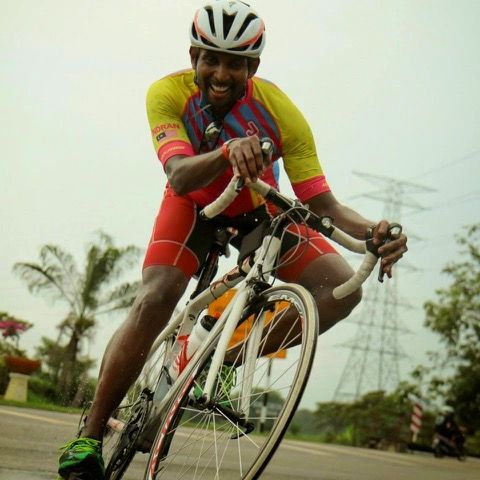 The more, the merrier: Indran welcomes competition in the online rental space as that will help with market education.“The other value proposition that RentSmart brings to the table is that we are a very robust and easy to use platform. We are your one-stop platform where you can rent everything as opposed to going to several different platforms that focus on a specific niche, for example, bicycle rental, dress rental, event solution and perhaps, an offline solution for PA systems, ” he adds.

The site offers people who may want to try out a new hobby an opportunity to rent relevant equipment such as a camera, a golf set or a bicycle before investing in their own, or allows those who want to use some items on a short-term basis to rent rather than buy them. After all, this was what led to the founding of the platform.

Indran, an avid outdoor cyclist, had spent a sizeable amount on a new bike travel case for an overseas cycling excursion. Upon his return, he learned that one of his peers had the exact bike travel case, lying idle.

This got him and co-founder Parthiven thinking about a platform that connects people who have excess inventory with those who need to use them.

The issue, though, was concerns over the safety of the individuals involved in the transaction and of the items.

“To address that, RentSmart requires new users on the platform to submit a selfie with their national ID as part of the validation process. RentSmart is also underwritten to protect the owner in the event of accidental damage and theft, and the renter from paying anything more than what they have already paid on the platform. The insurance protects the owner even if the item is in transit.

When they launched the site mid-last year, Indran notes that there were no other platforms offering similar services.

“We had to figure out how to turn an existing renting process into an e-commerce model. Most e-commerce stores sell products and there was no scheduling associated to a product, nor was there a need to monitor every inventory to ensure that they are returned. That was our first challenge.”

The other challenge was to find someone who was willing to underwrite protection of the items in the event of accidental damage or theft. It took them almost a year to find an insurance provider.

They also had to figure out a way to estimate the pricing system for rentals and develop an intuitive calculator that would work across multiple categories.

The final hurdle was education.

“We realised that renting is common for items such as cars, homes and costumes, but when it comes to the everyday household items like coffee machines or drills, renting is not anyone’s first option, buying is. We needed to open up minds that it’s cheaper and more sustainable to rent than buy.

“We also had to educate people about the benefits of renting, especially in comparison to selling off their underused or unused possessions in the second-hand market. Some education on using the platform was also necessary particularly with price setting, ” he says.

One of the things that Indran has observed is that while consumers are warming up to online marketplaces, they are still wary about their experiences from site to site. For example, despite being experienced in booking for accommodation on Airbnb, people still have reservations to use car rental platforms like Moovby or Kiwkcar.

“The challenge is that the market is learning to trust the platform. In the sharing economy, the platform is the key element in earning people’s trust. So long as the platform remains trusted by a single party, the trust between owners and renters is transitive to RentSmart, ” he says.

Over time, he believes there will be growing acceptance for RentSmart and wouldn’t mind having a few other players in the same space to help with market education. The idea to rent things from people is, after all, an obvious one, he adds.

Currently, RentSmart is only available in Malaysia. But regional expansion is on the cards as Indran points out that the platform is easily scalable.

However, expansion outside of Malaysia will require expansion of its insurance coverage and on-demand delivery services.

For now, though, it has partnered with several costume and camera rental companies to feature their products on RentSmart, which would help other businesses extend their online reach using the platform. This could grow into another potential income generator for the startup.

At the moment, it makes a commission from product owners and charges a service fee to renters. It also earns from the delivery service.

“As a startup, we will go down the path like most startups of raising funds. We are currently bootstrapping till we find either an angel investor or a strategic partner that shares the same vision as us, ” says Indran.