Cutting down: The Asher could help reduce the volume of trash going into landfills.

TRASH has become quite the talk of the town.

But a few years before the conversation took its form today, Roland Tee had wondered if there was something he could do to help solve the growing waste problem.

Landfills were filling up fast and recycling hadn’t really gotten off the ground. And incineration, he notes, was an expensive method to reduce the quantity of rubbish. Surely, though, there must be another way.

“In 2010, I heard that there were a few white elephant incinerators around. They require a lot of diesel to burn the waste. If that is the case, the cost to burn waste would be too high. Maybe I can come up with something that didn’t need fuel at all,” he shared. 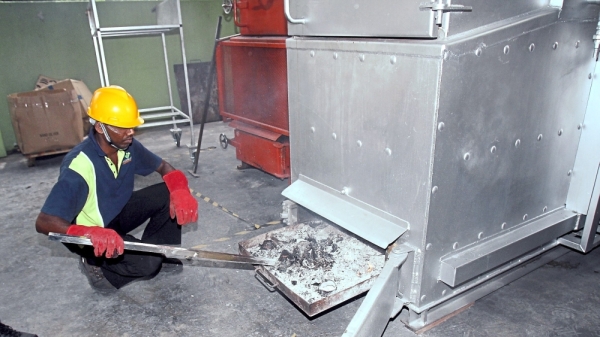 Heating up: The Asher uses heat to turn rubbish into ash.

Retired and with time on his hands, the 73-year-old set out to build what he calls “The Asher” – a waste management technology that turns rubbish into ashes without burning them.

“I know the materials that can be used for filtration. I also have the technology that can build up heat. If I were to use some parts of these solutions into The Asher, I think it can work,” he says.

He researched his ideas, bounced them around with friends from various fields and tested them out.

He managed to build a prototype of his machine in 2010 itself. It was able to treat about 500kg of waste. 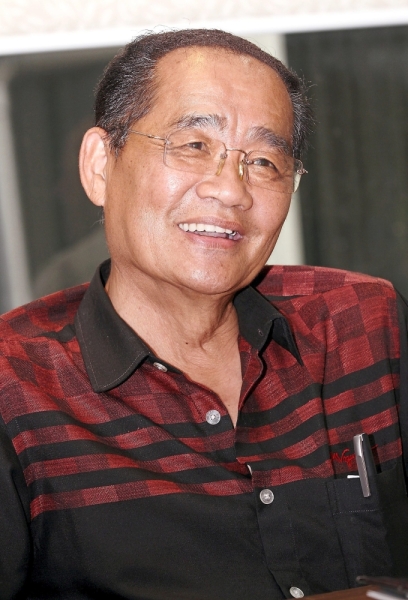 Keep it here: Tee has refused offers from foreign investors looking to buy the technology off him.

However, Tee notes that emission from the waste treatment was smelly and dirty.

So he continued to work on his invention until he could get a satisfactory second generation of machines. He invested some RM2mil to conduct tests with various agencies to ensure that his machine is compliant with the standards of the US Environmental Protection Agency.

The Asher uses heat to bake waste at very high temperatures. This leaves the waste so dry, that they “become brittle and collapse as ash”.

This, Tee notes, is different from burning rubbish which results in a different kind of carbon reaction that produces black ash and smoke.

“We treat the by product of The Asher, which is the gas, with water and filtration media. So only vapour goes out. There is no smoke. There is also a filter to deodorise the gas.

“The vapour is neutral, with no smell, always white in colour and not more than 45°C,” he says.

The ashes produced by The Asher are light in colour which can be used as fertiliser or mixed with other materials to make sand bricks. 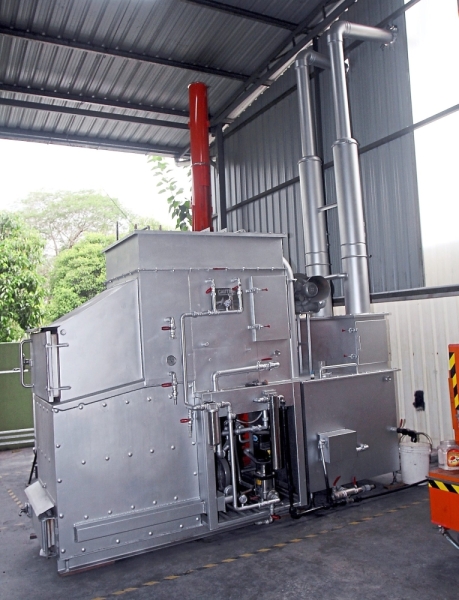 Fits well: Each machine fits smugly into a car park.

He adds that the machine can take in all kinds of waste – including plastics, diapers, expired medication, e-waste and rubber – and there was no need to sort the rubbish going into The Asher. The exceptions are glass, metals and construction materials, which will remain intact after the heating process.

Tee started producing The Asher under his company, Pyro Plasma Technology Sdn Bhd, and sold his first few units in 2016 through business acquaintances in Indonesia and the Philippines.

While Tee has generally relied on his friends to roll out The Asher, he knew he needed good partners to push its reach further.

Razeek Md Hussain and executive director Pang Swee Lei, to take The Asher onto a larger stage. However, the two of them – both engineers – were naturally sceptical of Tee’s claims about his technology.

“We didn’t believe it at first. As engineers, we said the math didn’t add up until we came and have a look at it and understand it. Then, we started to talk rubbish,” laughs Razeek.

They shopped around for different types of rubbish at waste collection centres to further test The Asher’s capability.

Convinced, Razeek and Pang were ready to put their money behind the technology. 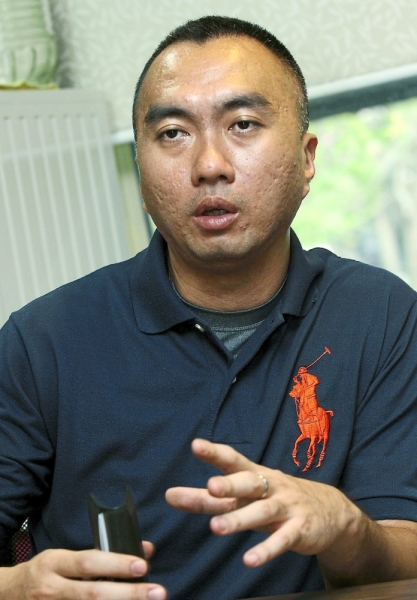 What was it about the machine that attracted them?“The science!” Razeek exclaims, as any engineer would.

“And how this technology can actually help save the planet and save a lot of the problems we have with waste today,” he adds.

To-date, more than 50 units of The Asher have been commissioned, mostly for municipals in the region.

Pang is looking at adding on another 100 units before the year ends, which will bring in sales of about RM40mil. Of this, 60% will likely come from demand in China.

“There is potential for The Asher. And hitting 200 orders per year consistently from 2020 onwards will be something realistic and achievable,” says Pang.

He adds that the potential in the Chinese market is huge as Beijing will be starting out with five units. If The Asher is seen to be complementary to its waste management system, China could potentially roll it out on a larger scale.

The Asher has been deployed in 13 countries so far including Cambodia, Vietnam, Singapore, Qatar, Bahrain and Australia.

Pang notes that the technology has been getting more traction overseas.

“We are particularly successful outside of Malaysia. This is because Malaysia generally has quite an effective solid waste management. Consumers don’t have any frustrations or are not bothered with waste issues at their place. You only need to tie up your rubbish, put it in the refuse room, and things will be taken away.

“Countries like Indonesia and the Philippines don’t have proper waste management systems. So there are a lot of illegal dumpsites and there is a need for something like The Asher. In some places, the local government will incentivise villagers to bring waste to The Asher in return for cash vouchers. This helps clean up the place, reduces the cost of waste collection and help local residents earn some money,” he explains.

However, Pang hopes to educate the local market more on the benefits of this homegrown technology.

While consumers need not worry about the current solid waste management system, he says the technology would enable the government to reduce cost.

“If we can install a unit at, say, a high density area and have the residents bring their rubbish to The Asher, the government will be able to cut out all the cost above,” he says.

Locally, each machine costs about RM315,000 to RM515,000 and takes up the space of a car park. According to Pang, some models of The Asher runs on solar energy while the others use minimal electricity.

Pamarai is also talking to local conglomerates to invest in The Asher to help reduce the volume of rubbish on properties like themed parks or townships.

Although most of the companies they have spoken to are rather impressed by the technology, they are also wary about the regulations surrounding the use of The Asher.

“They always think we are an incinerator. We are not. And because the technology is proven but new, the government is not sure how to classify us as well,” he notes.

“But what we have here is an immediate, affordable and accessible technology to solve our waste problem.

“And if customers don’t want to buy them outright, we also offer other models that they can explore like lease-to-own, rental or even service agreements, where they only want the services of The Asher but not the asset,” says Pang.

Pyro Plasma Technology currently has a maximum production capacity of 300 units a year. But with increasing demand expected in the coming years, it has lined up partner fabricators to outsource some of the manufacturing work to.

Tee has gotten offers from foreign buyers keen on acquiring the technology behind The Asher.