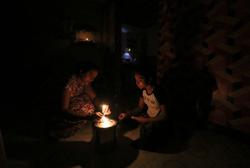 The funds raised will be used for operations, sales and marketing.

The company holds the master license for the Brezze stations in Malaysia since last September. The brand originated from Singapore.

According to Brezze Malaysia chief executive officer Kuhan Ganeswaran, the company is helping to solve the dead mobile phone battery problem with a charging network, which allows consumers to rent a mobile charging pack from one destination and return it at a different location if needed.

Users will be able to locate the closest rental station through an app. After scanning a QR code, they’ll be able to retrieve a power bank from the vending machines. Charges are at a flat rate of RM1 per hour and RM15 per day.

The battery packs can be returned to any charging station.

Brezze aims to place stations at every 500m in high traffic areas such as F&B outlets, shopping malls and public transportation stations.

Ata Plus notes that the power bank market is estimated to grow by 21.2% from 2017 to 2022, with an estimated value of US$25.16bil. The primary factors propelling growth of the market include the increasing usage of electronic devices, technological advancements, and shortage of electricity in certain countries.

“We are confident Brezze will see similar outcomes and success in Malaysia. We all know how frustrating a low battery is,” says Kuhan.

Kuhan says Brezze holds an edge over its competitors in Malaysia with its deposit-free model.

“The recent bankruptcies among bike-sharing companies, where some consumers lost their deposits, had damaged trust in that model,” he adds.

Data from iiMedia Research shows the “free deposit” model could attract more users. About 15.3% of survey respondents cited the deposits as a reason for not using power bank sharing services. Meanwhile, 60.4% of respondents said the deposit was a decisive influence in choosing an operator.

“At its simplest, Brezze addresses a massive need in the market, mobile devices running out of power. We should not overlook the smartphone era and consumer’s dependency on the device. Brezze Malaysia’s solution to a common problem will bring much needed relief to many Malaysians,” says Ata Plus co-founder and director Kyri Andreou.