POLAND has been actively promoting Malaysia as a premium destination for its entrepreneurs keen to expand their markets abroad.

Head of Polish Investment and Trade Agency (PITA) in Kuala Lumpur, Przemyslaw Zareba, said Malaysia is an ideal market for premium Polish products in this region due to several factors such as its robust economic growth, its population’s high disposable income, and its consumers’ enthusiastic reception towards new products.

“We are promoting Malaysia as a premium market, and actively encouraged our manufacturers in four industries to look to Malaysia for new business opportunities,” he told Bernama.

He added that some of the Polish key players in these industries have also shown interests in Malaysia.

However, Zareba took note of the need for consumer products, especially foodstuffs and cosmetics, to be halal-compliant in order to be successfully marketed in a Muslim-majority country like Malaysia.

“One of the obstacles is halal certification. So we support our manufacturers in educating them on what is halal, and the halal system here.

“Secondly, we help them by connecting them with the right body in Malaysia, for example, JAKIM (Department of Islamic Development Malaysia) or the Department of Veterinary Services.

“Poland is very well known in Europe for quality food and we want to capitalise on this. So, selling more to Malaysia would definitely be based on halal certification. That is why we consider this as an important part,” he said.

PITA is a state-owned organisation specifically set up by the Polish government in July 2017 to promote Polish trade and businesses overseas, facilitate entrepreneurs’ forays into new markets abroad, and also tasked with attracting foreign investments to Poland.

Zareba said that Poland’s rapid economic growth has prompted the government to encourage Polish exporters and manufacturers to venture into new business opportunities beyond Europe, with the Asean region’s population of 650 million harbouring a vast market potential.

Poland, a country of 38 million people, is currently the 24th biggest economy in the world and the seventh largest in the European Union.

The economy of the Central European nation is one of the most resilient in the continent, with a GDP growth of 5.1% recorded in 2018.

“Our role is similar to Matrade (Malaysia External Trade Development Corporation) and Malaysia Investment Development Authority (MIDA) combined. We want to encourage and show the Polish entrepreneurs that there are other potential markets that they can explore, and we invite them to be active here,” he said.

There are currently almost 70 Foreign Trade Offices (FTO) representing PITA in most major cities around the world, including in Malaysia where it collaborated closely with Polish and Malaysian entrepreneurs, companies, trade associations and organisations to enhance mutual economic relations.

The agency in Kuala Lumpur, which opened in June 2018, also takes care of the market in Myanmar.

As part of its efforts to support entrepreneurs’ venture in Malaysia, Zareba said his office here also provides a venue and serves as a temporary base for the SMEs to try the market.

“Let’s say you are a small entrepreneur from Poland and you see that you can actually be active in Malaysia. But you don’t want to invest all your money in Malaysia, you come here for four or five weeks, use the FTO KL premises as your base and our facilities here, for free. That is part of our roles too,” he said.

Zareba said as part of its promotional campaign, FTO in Kuala Lumpur has lined up two trade missions from Poland to Malaysia this year, starting with the first one in July involving industry players from the Polish cosmetic industry.

“We are bringing in 10 to 12 cosmetic companies to come here in July, where they will participate in B2B (business to business) meetings with local trade organisations and business associations here.

“We are also arranging for them to connect with local distributors and chain stores to talk about the possibilities of marketing their products here,” he said.

Poland is currently the sixth biggest cosmetics, beauty and skincare products market in Europe with a market value of 3.85bil.

There are about 100 large and medium-sized and over 300 small and micro cosmetic manufacturers in Poland.

A mission for medical devices manufacturers and the pharmaceutical industry will follow in September, while a plan for the third trade mission is also being worked out for the players from the Polish food industry to visit Malaysia by year-end. — Bernama 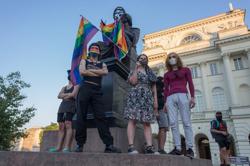 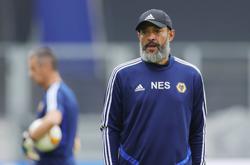 Nuno proud of Wolves' journey from Championship to Europe