Made for work and leisure

Tapping the market: Kong and Ng saw potential in athleisure wear in the early days and worked hard to grow their brand.

Founded by husband-and-wife team Kevin Kong and Vivian Ng, who saw a market gap for sportswear that could transition seamlessly from studio to street, the company is winning recognition as a leading local athleisure brand.

Last year was a particularly good year. Total revenue cracked the million-ringgit mark, an amount that is expected to double this year, and the company emerged as Best Brand in Fashion and Sports Apparel at the 2018 International Prestige Brand Awards.

Kong, 31, and Ng, 29, remain modest about their achievements and believe they can do better.

But they’ve come a long way from their humble beginnings, when their tiny rented apartment doubled as a warehouse and Kong would make deliveries on his motorcycle to save on courier charges.

Going into the clothing line was inspired by Kong’s then-girlfriend Ng, his junior in Universiti Sains Malaysia who was widely admired for her fashion sense. Growing team: ViQ currently has about 20 people under its employment.

When university mates started asking where she got her clothes, the enterprising young lady saw the opportunity to make some pocket money. She started buying in bulk from Taobao and selling them to her course mates via Facebook.

Back in 2010, online sales were still a novelty, and she did a roaring trade. So much so, Kong had to manage her business when she went to Sweden for a student exchange programme.

Experiencing the business process first hand, Kong saw the untapped potential of the fashion market and thought it worth exploring. While holding down his day job as a finance analyst, he attended night classes to pick up skills in creating websites and using Photoshop.

In 2013, he quit his job to start a clothing business with Ng, who graduated that year. They named the company ViQ, a sporty truncation of Ng’s name.

While Ng’s father, a logistics service provider in Johor, was supportive of their endeavour, Kong’s parents had a different reaction. His father and mother – a hardware shop assistant and petrol station clerk respectively – thought Kong was crazy to leave a high-paying job in a multinational corporation for a risky venture. 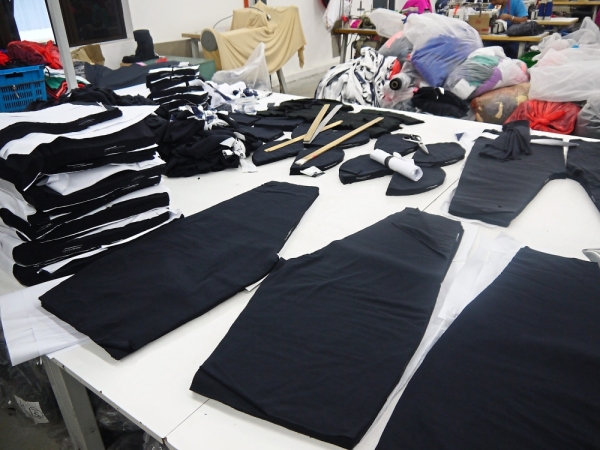 But that was precisely his motivation. Having seen his parents struggle to raise the family, Kong saw business as a way to break through the poverty cycle.

“At university, I was known as the guy who never orders more than RM3.50 for lunch. Business was my best chance to build a comfortable life for my loved ones,” he says.

The idealistic couple soon learn that running a grown-up business was a far cry from selling clothes online for fun.

Initially, they sourced their clothes from an apparel original equipment manufacturer (OEM) who was an acquaintance of Ng’s father. Direct to consumers: The company regularly organises pop-up stores and road shows to connect with consumers.

“That way, it was easier for us to control the supply chain, especially on the design and quality assurance matters, compared to buying from Taobao,” explains Kong.

In the first few months of business, they found that the spandex long pants range was the top seller.

Capitalising on this observation, Ng designed her own sportswear line. She made a few rough sketches of her ideal sportswear and persuaded the apparel maker to turn her designs into real prototypes.

Using his newly acquired skills, Kong built a website to sell their products but the pair felt they needed a brick-and-mortar store for brand exposure.

Strapped for cash, they rented a retail outlet in a rundown mall in Penang. At RM1,300, it was the cheapest they could afford. To keep expenses low, Kong personally delivered products to their customers using his motorcycle.

“If we use Poslaju, I have to pay RM6 per delivery – enough to cover one week’s worth of fuel!” he points out.

Ng also gave up on some indulgences. Outings to cafes were a luxury she couldn’t afford at this critical stage in their business.

But foot traffic was low in their first location, causing them to relocate to a hypermarket.

Unfortunately, it did not give them the kind of customers they were hoping for.

“The crowd that comes to hypermarkets is the same week after week. It’s very different from a shopping destination like Ipoh Parade or Kinta City, where new customers come looking for fresh trends,” he says.

After a challenging year, they decided to cut their losses and relocate to Ipoh.

The stability of being on home ground gave the couple breathing room to recalibrate. One thing’s for sure – they were not giving up their entrepreneurship dreams.

Around this time, fitness awareness was rising in Malaysia and that itself spun off another interesting trend.

“People love to take selfies in the gym and post them up on social media. They don’t want to wear the same thing two days in a row. I’m definitely guilty of that myself,” Ng laughs. “We knew that the market for athleisure was definitely emerging.”

Reenergised by this insight, the couple decided to employ a different strategy.

One of the things they did was to recruit fitness instructors to sell their products. “Students trust and are receptive to the recommendations of their teachers,” Ng reasons.

This strategy paid off. Today, the agents they have engaged nationwide contribute a sizeable 10% of their revenue.

They knew creating brand awareness was crucial for a new player. But instead of taking out advertisements, they decided to do pop-up stores and road shows.

“During road shows, you get instant cash. Moreover, you can explain your products directly to the customers so it’s more efficient marketing. Direct customer interaction also helps us to come up with designs based on real demand.

“Speed to market is important. It’s one of the core strategies of successful brands like Zara,” says Kong.

After a year of doing the road show circuit, they grew enough confidence to open a retail store in Ipoh.

“We had a mature fan base who told us they wanted to buy our products but didn’t know how to find us once road shows were over, so we felt it was high time to have a permanent location,” he adds.

From selling a mix of OEM and their own products, ViQ has pivoted to creating their own designs. Although the actual production is outsourced to the same manufacturer, ViQ fully manages the research and development process and oversees quality control.

To facilitate this, the couple leased a space in the manufacturer’s factory to serve as their headquarters.

“The manufacturer functions like our close business partner. We complement each other in many ways but of course we hope to convert ourselves into a full original brand manufacturer one day,” says Ng.

Between road shows and managing the business, their hard work and sacrifices are gradually paying off. ViQ’s staff has grown to 20 strong and they have expanded to four retail outlets in prime locations, including their flagship store in Paradigm Mall, Petaling Jaya.

Kong also finally upgraded from his Yamaha motorcycle to a Honda City in 2016.

When asked about the one thing they wish they’d done differently, Ng doesn’t hesitate: “Choosing a bad location based on lowest cost. Although rental was cheap, our first outlet didn’t generate much revenue. During our first year, we didn’t draw a salary for eight months.”

As for Kong, he believes he initially spent too much time on operations.

“I’m not sure if it’s my personality or the education system that trains me to do something in a certain way, but I wanted things to be systematic. I’ve learned that in business, there is no such thing as getting things perfectly organised – the tagging, categorising the products, warehousing.

“Looking back, that is a secondary thing. We should have focused much more on building up the brand,” he says.

Then again, falling down and getting back on your feet are all part and parcel of running a business.

“From speaking to other entrepreneurs, I’ve come to the conclusion that of all the factors that determine business success, the most crucial is endurance. In business, you need to be a marathon runner rather than a sprinter to last the distance,” says Kong.

A promising bet on athleisure 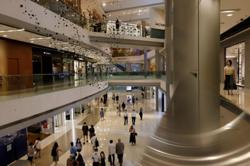