Nothing to hide about exotic business

Roger Jarvis taking a closer look at the hide collection.

ANIMAL lovers may instantly find this shop repulsive and scream ‘cruelty’ at first glance, but Ferida Anoi has another story to tell for the exotic animal hides she sells.

“We only obtain the skins after the people in South Africa consume these animals, and many common species are culled by their wildlife department to control their population.

“In South Africa, the skins are often discarded after the animals are harvested for their milk and meat. So I thought, why not put the animal parts to good use?” said the 38-year-old, who owns the interior decor store in Stewart Lane, George Town.

Anoi said the hides were mainly used as pillow cases, cushion covers and carpets as they were extremely durable. 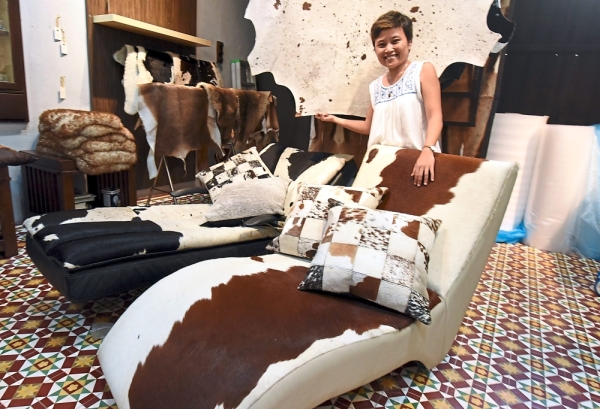 She said the hides of springbok, zebra, reindeer and Nguni cattles were sourced from South Africa and Botswana.

Although frequently misunderstood by tourists and passers-by, Anoi is passionate in the business as she believes in the cause.

“Many people misjudge us as being cruel from the moment they walk into our shop, but what they think about us is untrue.

“The animal hides that we source from are not slaughtered for decorative purposes. 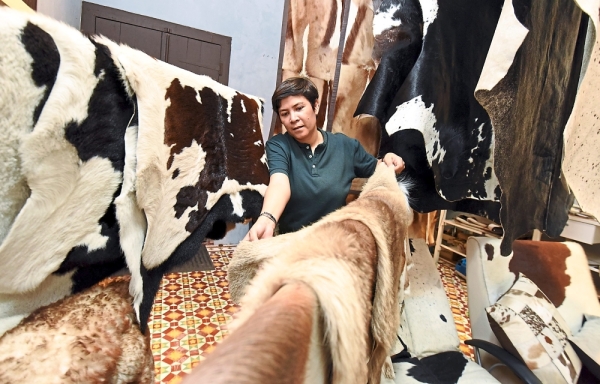 “Besides, the skins take longer to degrade compared to plastic, so it is more practical to use them as functional items,” she said at her shop recently.

Anoi said many might think that the business was cruel as the animal hides were sold in the distinct shapes of the animals with tails and ears intact to the hides most of the time.

“But we only hope that visitors would ask us about the hides before they pass judgement, as it may not be what they think most of the time,” she said.