CONSULTANCY firm Rahim & Co International Sdn Bhd is no stranger to the property scene in Malaysia.

Helming the namesake company is Tan Sri Abdul Rahim Abdul Rahman, a genteel leader with vast knowledge and experience in the business.

“Establishing a brand name is not easy, it has to be done professionally and it takes a long time for people to remember your name.

“When I started the firm, there were only four firms in the country so there was little competition. 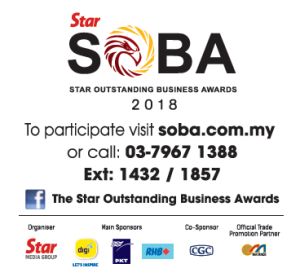 “Now, there are about 400, so we have to maintain the name and professionalism,” said Abdul Rahim.

He had his first brush with the real estate world during his academic days in London.

His turning point was when he decided to establish his own company in December 1976, in Jalan Ampang, Kuala Lumpur.

The experience at Bank Bumiputra was one that he is grateful for and which made him more professional.

For Abdul Rahim, it is quality that has kept the company going for over 40 years.

“I put a lot of emphasis on professionalism and I try to get the best people in the industry.

“My ambition is to compete in the marketplace and reach the top spot in terms of professionalism and service.

“That is why choosing the right manager is very important. I would rather have one competent and loyal employee than five who are not,” he said, adding that many of his employees have worked with the company for more than 20 years. Rooted in its business belief, Rahim & Co strives to be transparent about the market dynamics.

“We stay relevant in our professionalism through our efforts to expose the property in the marketplace by submitting and producing market reports.

“We have a strong business development and client service department that will ensure our name is in the marketplace by providing the right professional service and turning down a job that doesn’t agree with us,” he added.

Based on its commendable ethics, Rahim & Co was extended the offer from Leading Estate Companies of the World (LeadingRE) and Luxury Portfolio to join its by-invitation-only network of real estate firms in 2016.

With a presence in more than 50 countries such as the United Kingdom, France and Singapore, the company has a policy of having only one representative in each country.

“We are very proud that they chose us to be a member and help us to be more exposed to the international market.

“This company is only involved in high-end properties and the relationship helps sell property in Malaysia and member countries.”

In the 1980s, Rahim & Co became the first local firm to start selling property in London.

“At that time, there was a lot of interest for Malaysians to buy property in London and we started to sell on a development called Kensington Green,” he said, adding that more than 30% of the entire development was bought by Malaysians.

A champion in his own right, Abdul Rahim was also among the chiefs who fought for the liberalisation policy of the profession in the senate.

“Before three years ago, this profession was quite restrictive, where you could only operate a firm if you are a registered member and you cannot invite corporations to be shareholders.

“Together with my colleagues, we were able to convince the board that we should liberalise in terms of equity.”

The policy change resulted in a partnership with Permodalan Nasional Bhd (PNB) in 2015 when it invested a 49% stake in the company.

Since then, Rahim & Co went on to amass a string of successes with accomplishments like the biggest property transaction in 2016 worth RM1bil and winning awards such as Best Property Consultancy (Malaysia) and Best Estate Agency (Malaysia) at the Asia Pacific Property Awards.

The SOBA 2018 winners will be announced on Jan 17 at the awards night ceremony.

Organised by Star Media Group, the award aims to recognise home-grown enterprises and their contributions to the country’s economy.

SOBA 2018 is also endorsed by the International Trade and Industry Ministry, supported by Bursa Malaysia, and audited by BDO, with 988, SuriaFM and dimsum as official media partners.