A deserving win for SMEs

Award winners have demonstrated resilience amid a challenging economy

And amid a challenging year, some companies have persevered and emerged as real champions of their industries.

Acknowledging their contributions to the nation is essential to encourage and spur SMEs to do even better and to grow beyond their boundaries.

The eighth Star Outstanding Business Awards (SOBA) held last Tuesday was one such avenue to recognise their achievements and to propel them to the next level.

The biggest winner at SOBA 2017 was Proguard Technologies (M) Sdn Bhd, which makes safety products for the oil and gas industry. The company swept prizes in five categories for businesses with a sales turnover of RM25mil and above. 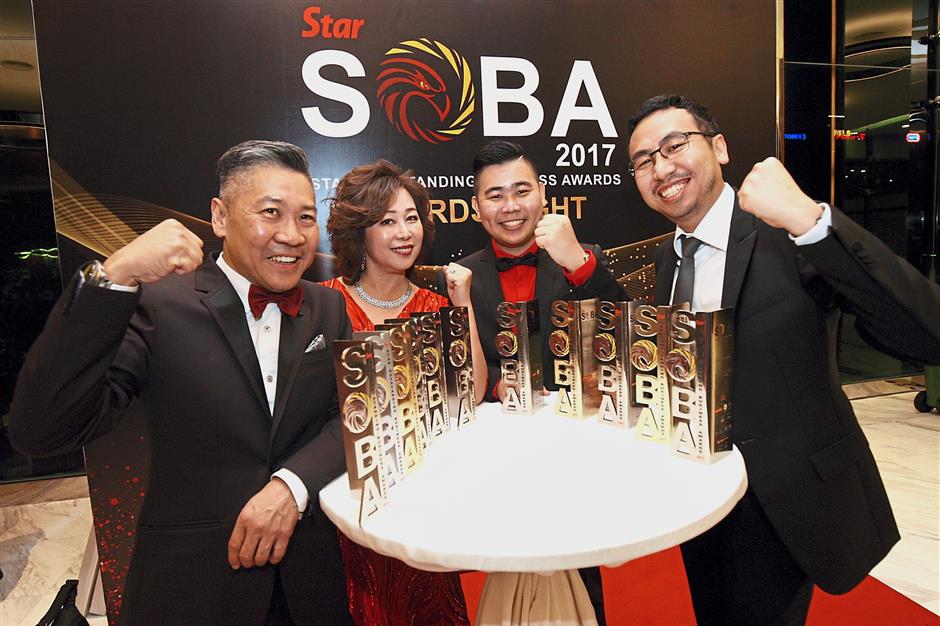 The champions: (from left) Lee, Choh, Ho and Mah celebrating their achievements.

Proguard won Platinum for Best Employer, Gold for Best Brand and Silver for Best in CSR. On top of that, the company took home the coveted Malaysian Business of the Year award in the Above RM25mil tier while its chief executive officer and chief financial officer Datin Cindy Choh won Female Entrepreneur of the Year.

Proguard chief operating officer Datuk Lee Ngai Mun noted that the company’s victory was also a win for all its employees.

“Having good employees is very important, the company cannot be successful with just me and my wife alone. Our branch managers can work independently, we give them the power to execute.

“We have many employees who have been with us since the beginning, we work together very well and we share the same passion,” said Lee.

The other grand winner was advertising agency Forefront Studio Sdn Bhd, which clinched the grand prize of Malaysian Business of the Year for the under RM25mil sales turnover category after four years of participating in SOBA.

“I’m humbled and thankful. After four years of participating in SOBA, we finally got to this stage.

“We strive to create good works. We are in the service industry and our clients such as Eco World and Capitaland allow us creative freedom and that enhances our team capabilities,” said Forefront chief executive officer Darien Mah. 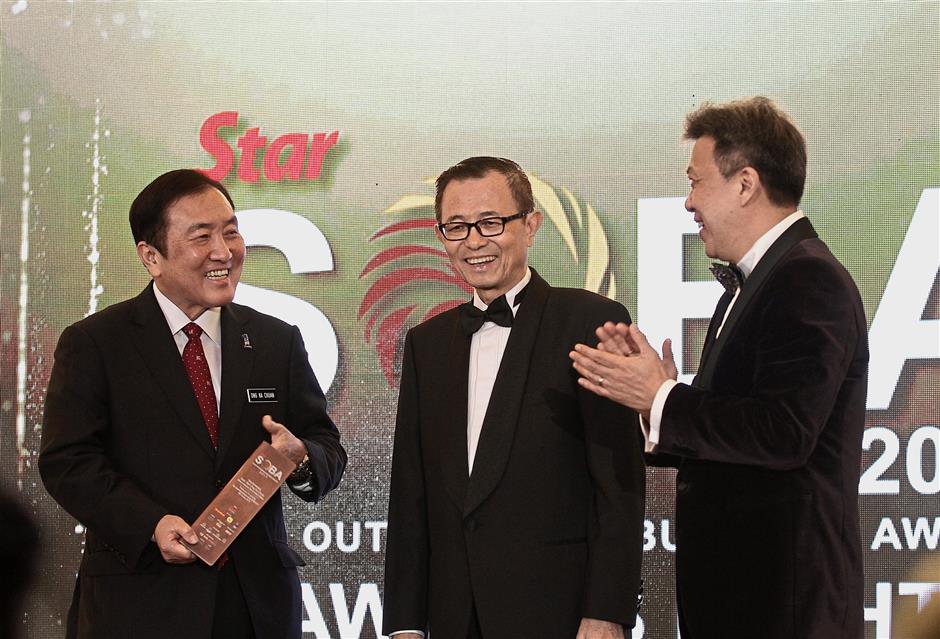 Star Media Group managing director and chief executive officer Datuk Seri Wong Chun Wai congratulated the winners for their achievements and remarkable personal growth. He noted that they truly exemplified notable qualities that should be present in every enterprise.

“With this, we acknowledge the important role that local businesses play towards the economic development in our nation. The awards will continue to be a significant enabler for organisations to build a competitive edge and make a name for themselves in the industry,” said Wong.

SOBA 2017 saw an increase in the number of participating companies, many of them new to the awards, which demonstrates the growing reach of the awards as well as a stronger desire by small businesses to be benchmarked.

“Quality awards such as SOBA not only recognises the role and contributions of these outstanding businesses but also provides a healthy and competitive environment for them to continue growing their businesses. Competition generates ideas and innovation, both of which are essential in making a business successful.

“The Government will continue to provide support in terms of services and information through our agencies in MITI where SMEs can continue to gain access to markets with export potentials.

“It is with this that I believe that Malaysia would be able to come out as a highly competitive and strong economic powerhouse,” said International Trade and Industry Minister II Datuk Seri Ong Ka Chuan at the awards ceremony.

Ong said SMEs currently make up more than 98% of business entities in Malaysia, the majority of which are in the services sector.

The growth of the SME sector continues to outpace that of the general economy, making small businesses the bedrock of the economy.

It is endorsed by the Secretariat for the Advancement of Malaysian Entrepreneurs, the Prime Minister’s Department, and the Finance and International Trade and Industry ministries.