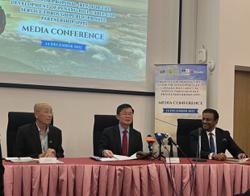 PENANG: The Penang cable car project is good to go and set to be operational in roughly three years.

It beat six other bidders during the call for request for proposal to solicit the best proposal, which commenced on Jan 13, 2021, and extended to Nov 30, 2022, due to the pandemic.

This project requires an investment of some RM245mil by Hartasuma to be done via a public-private partnership initiative with the state government.

Hartasuma will own the concession for this tourist attraction over the next 30 years, where it will be responsible for the DBFOT throughout the period.

The cable car would help the tourist-load balancing by complementing the almost 100-year-old funicular railway from Ayer Itam.

“We reiterate our unwavering commitment towards preserving and conserving the environment in constructing the Penang cable car project.

“We are getting the necessary approvals required for this project. Once secured, the actual construction phase will take between 18 and 20 months.

“Overall, the project is expected to take three years to complete and be operational,” he said.

According to Ravindran, Hartasuma partnered with Austrian-based Dopplemayr Group for the project.

Doppler is a global market leader in ropeways and people movers, having built more than 15,100 installations for customers in 96 nations and, more notably, 86 Unesco heritage sites and national parks worldwide.

Cable car systems are designed to operate and allow access to such areas.

In China alone, the group has installed more than 30 systems in Unesco Heritage sites.

The lower cable car station would be located near the Botanical Gardens and will become another iconic tourist attraction.

The Penang cable car system will have a capacity of 1,000 passengers per hour at a speed of six metres per second, using 43 gondola cabins.

There will be 15 towers along the line, and the journey from the lower to the upper station will take 10 minutes.

“This alignment will be situated on state land and avoid expensive private land acquisition.

“The alignment ensures that construction work wouldn’t disrupt the recreational activities at the Botanical Garden.

Meanwhile, Doppelmayr is no stranger to the Malaysian transportation landscape, having developed the Langkawi Cable Car project and the recently upgraded Penang Funicular Railway.

“This went down in history as the world’s longest ropeway with a length of 5,801m in a single section, hence also becoming a tourist attraction,” Ravindran said.

Hartasuma is a homegrown pioneer in the local rail industry and has almost 30 years of experience in project delivery from project management, international supply chain and logistics management, testing and commissioning protocols and project financing.

It has successfully delivered about 400 rail cars to some of the most significant public transport projects in Kuala Lumpur, including the busiest urban route in Malaysia, the Kelana Jaya Line. 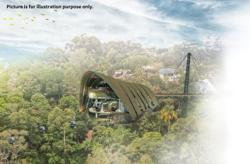 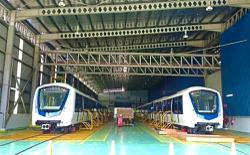