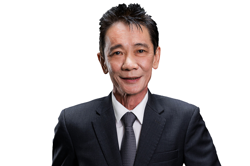 has secured a RM52.3mil contract from Mah Sing Group Bhd

According to the construction group, the contract, its third from Mah Sing, is also its biggest since its listing in July 2021.

"This new contract, on top of the two contracts earlier, signifies the confidence of an esteemed developer like Mah Sing in Haily’s track record and quality of work.

"The group is stepping into the year 2023 on a stronger footing. This latest contract, our biggest project to date, is expected to contribute positively to our bottom line over the next two years," said Haily group founder and executive director See Tin Hai in a statement.

He said the latest job win grows the group's order book to 24 ongoing projects with a total contract value of RM593.31mil, which is expected to be progressively completed between 2023 and 2024.

For the latest project, Haily is responsible, among other things, for the building, mechanical and electrical, infrastructure and landscaping works.

The construction will take place in two phases, with 128 and 155 units of double-storey houses respectively.

Both phases of the project are expected to be completed within 15 months from their commencement, which take place on March 31, 2023, and Sept 30, 2023, respectively.