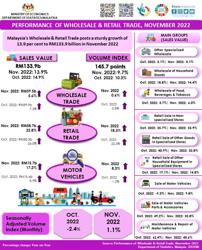 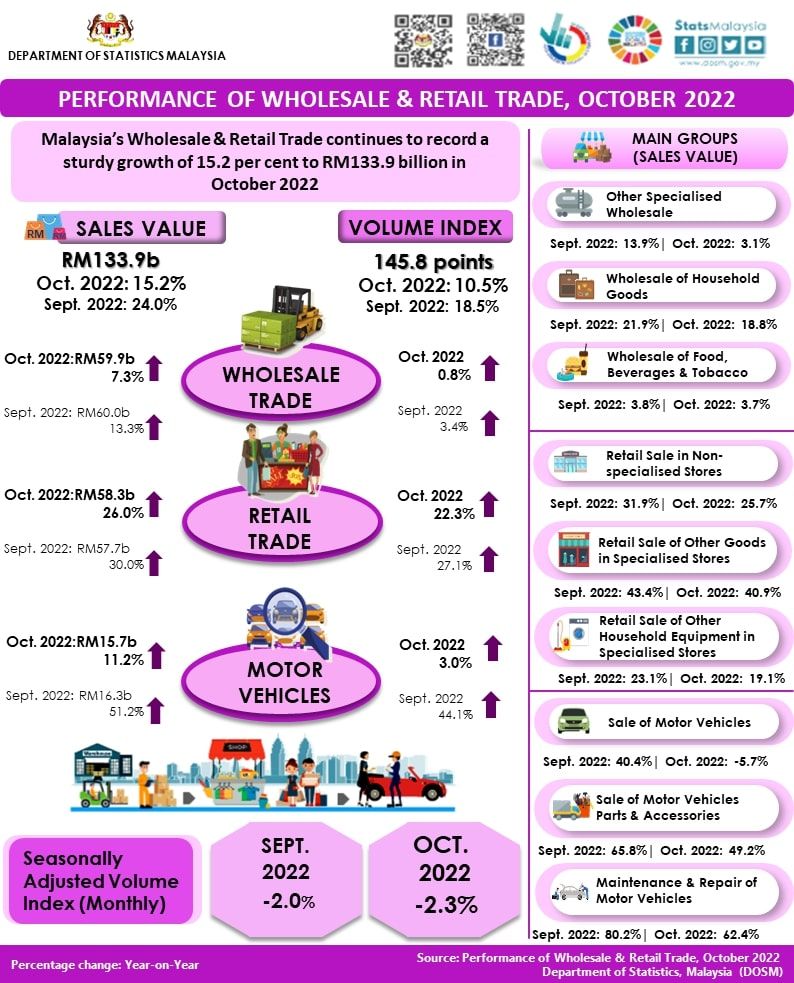 KUALA LUMPUR: Malaysia’s wholesale and retail trade continued to record a sturdy growth of 15.2 per cent to RM133.9 billion in October 2022, said the Department of Statistics Malaysia (DoSM).

In a statement today, chief statistician Datuk Seri Mohd Uzir Mahidin said the increase in October was attributed to retail trade sub-sector which rose RM12.0 billion or 26.0 per cent to RM58.3 billion.

For a month-on-month comparison, he said the sales value of wholesale and retail trade decreased -0.1 per cent, contributed by motor vehicles and wholesale trade, at -3.5 per cent and -0.3 per cent, respectively.

On the performance across sub-sectors, he noted that the retail trade sub-sector's growth of 26.0 per cent in October 2022 was supported by retail sales in non-specialised stores which grew 25.7 per cent or RM4.4 billion to RM21.6 billion.

Commenting on wholesale trade sub-sector, Mohd Uzir pointed out that the increase of 7.3 per cent was mainly attributed to other specialised wholesale which grew 3.1 per cent to RM22.7 billion.

However, he said for a month-on-month comparison, sales of this sub-sector decreased 0.3 per cent which was mainly contributed by other specialised wholesale which contracted 1.8 per cent.

He also said the 11.2 per cent growth in motor vehicles sub-sector in October was spearheaded by sales of motor vehicle parts and accessories at 49.2 per cent, or an increase of RM1.3 billion, to RM4.0 billion.

He noted that index of retail sale over the Internet in October 2022 recorded a 17.3 per cent growth year-on-year, and for seasonally adjusted value index, it increased 2.6 per cent as against the previous month.

In terms of volume index, the chief statistician said wholesale and retail trade for October 2022 registered a year-on-year growth of 10.5 per cent, contributed by retail trade and motor vehicles, which increased 22.3 per cent and 3.0 per cent, respectively. 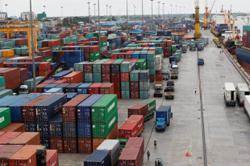 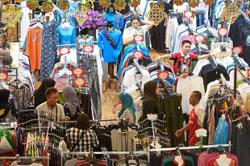