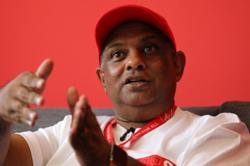 In a statement, it said these include non-operating aircraft depreciation and interest expenses of RM239mil, foreign exchange losses of RM364mil (of which RM349mil was unrealised), 76% of share of losses from associates of RM227mil which is attributed to forex losses and one-off maintenance expenses of RM62mil.

Excluding these one-off items, the net operating loss amounted to RM322mil, it said.

Its revenue for the quarter surged to RM1.96bil against RM295.9mil last year.

The group also delivered a positive operating cash flow of RM66mil in 3Q primarily due to the continuous uptrend of forward bookings from the airline business.

For 3Q, the group reported a positive earnings before interest, taxation, depreciation and amortisation (Ebitda) of RM72 its second consecutive quarterly Ebitda profitability since the pandemic and a marked turnaround from an Ebitda loss of RM276mil a year prior.

Capital A said AirAsia Aviation Group (AAAGL) posted a segmental revenue of RM1.8bil and Ebitda positive of RM107mil as AAAGL saw a strong and encouraging uptrend in performance benefited from the lifting of international travel restrictions in most of its core markets.

ADE is in the progress of securing additional aircraft hangars, of which two lines in Johor are on track to be ready in December 2022, making it a total of seven lines, to ensure it is able to provide more maintenance, repair and overhaul (MRO) slots and support upcoming base maintenance needs, not only for AirAsia airlines but also other airlines.

“For our airlines under AAAGL, we expect improving performance ahead as we anticipate some tailwinds in aviation – oil prices are going down, the Asean currencies are strengthening against the US dollar, and any recession will actually be a positive for us in the low-cost aviation space as people trade down to shorter flights and cheaper flights.

He said the resurging air travel demand has benefited all its digital sectors through the significant boost in travel bookings via the airasia Super App platform and has widened the demand for its MRO services.

On its Practice Note 17 (PN17) status, the group announced that it is seeking an extension of time from Bursa Malaysia Securities Bhd to submit a more holistic regularisation plan to remedy its PN17 status.

“We aim to announce the regularisation plan in January 2023 and followed by submission for approval targeted in February 2023. We hope to complete the implementation of the plan in July 2023. After the most difficult few years, it’s important to note that we have delivered positive Ebitda and positive operating cash flow over the past two consecutive quarters. I have full confidence that we will be in a position soon to remove the PN17 status without involving shareholders’ value dilution, subject to necessary approvals including from Bursa Malaysia Securities,” Fernandes said.

The shares consideration, received in exchange for the disposal, will then be distributed to Capital A shareholders, so that they will retain direct interest in the aviation businesses via AAX, following the restructuring.

”Despite the tightening global economy, all our core businesses are gaining traction and growing market share in their respective industries. As we finalise the proposed PN17 regularisation plan, we are confident that the group will continue to deliver profitability and strengthen our cash flow post-regularisation,” Fernandes said. 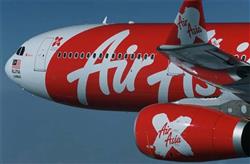