BlockFi files for bankruptcy in aftermath of FTX Crypto collapse: The BlockFi website on a smartphone of a user in Brooklyn, New York. The cryptocurrency lender says it has around US$257mil of cash on hand and is starting an internal plan to considerably reduce expenses. — Bloomberg

NEW YORK: Lender BlockFi Inc is filing for bankruptcy, becoming the latest digital asset firm to fail in the aftermath of the collapse of crypto exchange FTX.

BlockFi said in a statement that it will use the Chapter 11 process to “focus on recovering all obligations owed to BlockFi by its counterparties, including FTX and associated corporate entities,” adding that recoveries are likely to be delayed by FTX’s own bankruptcy.

Chapter 11 bankruptcy allows a company to continue operating while working out a plan to repay creditors.

The company said in the statement that it had around US$257mil (RM1.2bil) of cash on hand and is starting an “internal plan to considerably reduce expenses, including labour costs.”

Citing “a lack of clarity” over the status of bankrupt FTX and Alameda Research, the Jersey City, New Jersey-based company earlier halted withdrawals and said it was exploring “all options” with outside advisers.

Following the US Securities and Exchange Commission and Commodity Futures Trading Commission investigations into FTX for potential misuse of customer funds, BlockFi became unsure where funding for a credit line from FTX US and collateral on loans to Alameda, which included Robinhood Markets Inc stock, came from, Bloomberg News reported earlier this month.

BlockFi had also been in the process of shifting its assets over to FTX for custody, but the majority of the assets had not been moved prior to FTX’s collapse.

FTX US is listed in the company’s petition as one of its top unsecured creditors, with a US$275mil (RM1.2bil) loan.

The company’s largest unsecured creditor, Ankura Trust Company, is owed about US$729mil (RM3.2bil), according to the petition.

Ankura acts as a trustee for BlockFi’s interest-bearing crypto accounts, according to its website.

He said that these restructuring processes can be “notoriously lengthy” and noted that creditors owed money by Mt Gox are only getting closer to being paid eight years after the bitcoin exchange failed.

BlockFi’s bankruptcy shares similarities with that of FTX, according to Eric Snyder, partner and chairman of the bankruptcy department at law firm Wilk Auslander.

He said in an interview that in both filings, the names of many of the key creditors have not been disclosed, which is unusual in a bankruptcy filing. — Bloomberg 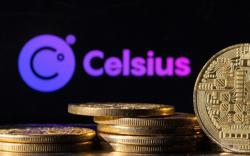