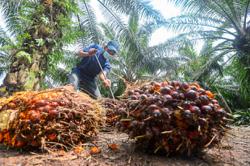 KUALA LUMPUR: Stocks in the spotlight on Thursday include Maybank, TNB, IOI Properties

KPJ Healthcare posted a four-fold spike YoY in its net profit for 3Q22 to RM54.28 million.

has secured two contracts for the construction of a manufacturing facility and a commercial tower in Penang worth RM422.18 million.

’s unit secured a three-year contract worth RM33.85 million from the Federal Court.

Similarly, European stocks gained after its flash November PMI showed the downturn in business is slowing down.