CGP is a 40% shareholder of semiconductor firm Silterra Malaysia Sdn Bhd, and the remaining 60% is owned by Dnex Semiconductor.

To fulfil its commitments under the share sale agreement, Dnex Semiconductor had to raise about RM120mil and subsequently opted for the possible issuance of irredeemable convertible preference shares (ICPS) in itself to Mimas for the sum of RM100mil.

In a statement released by Dnex yesterday, it said for Silterra to keep its manufacturing licence, one of the conditions to be fulfilled according to the Industrial Coordination Act 1975 is that 55% of Silterra has to be owned by a Malaysian entity.

But the conversion of the ICPS would have meant that the China-controlled Mimas would hold one third of the shares of Dnex Semiconductor, which would translate into CGP in turn increasing its holdings in Silterra to 60%, thereby putting Silterra’s licence at risk.

Dnex and CGP had also sought clarification with the International Trade and Industry Ministry (Miti).

This was in relation to a possible breach of regulatory conditions regarding the proposed investment of Mimas into Dnex Semiconductor.

Miti had in February informed both Dnex and CGP that its approval is required for the investments. Mimas, however, proceeded to stamp the scanned copies of the agreements of both investments, despite the understanding of the parties that only wet ink copies could be stamped.

Dnex has maintained that original wet ink copies of the investment agreements have been kept in trust by its solicitors and have not been released to CGP, Mimas or their representatives.

As such, Dnex and Dnex Semiconductor are seeking to void the said investment agreements, as Mimas does not consider the Miti approval necessary, on top of the issuance of the preferred shares putting Silterra’s licence at risk.

Dnex and Dnex Semiconductor are demanding that the dispute be referred to arbitration pursuant to the Arbitration Agreements in accordance with the Asian International Arbitration Centre Arbitration Rules, 2021. 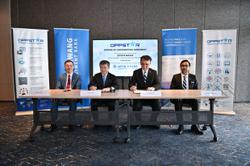