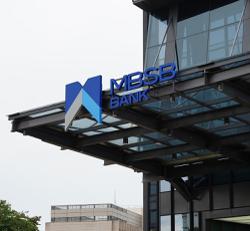 "BNM is therefore continuously intensifying efforts and taking steps to combat scams by introducing additional controls and safeguards from time to time,” she said at the launch of the virtual Financial Cime Exhibition today.

Among the latest measures is requiring financial institutions to migrate from SMS One Time Passwords (OTP) to more secure forms of authentication for online activities or transactions relating to account opening, fund transfers and payments, as well as changes to personal information and account settings.

Third, a cooling-off period will be observed for the first-time enrolment of online banking services or secure devices, during which no online banking activity is allowed to be conducted.

Moreover, the governor said, customers will be restricted to one mobile or secure device for the authentication of online banking transactions and financial institutions will be required to set up dedicated hotlines for customers to report financial scam incidents.

"Financial institutions have been directed to be more responsive to scam reports lodged by customers. They have also been directed to facilitate efforts to recover and protect stolen funds, including to work with relevant agencies to prevent further losses,” she said.

Nor Shamsiah noted that BNM requires banks in Malaysia to adopt high standards of security, especially for Internet and mobile banking services.

"From time to time, the central bank also issues security advisories to the financial industry highlighting the latest modus operandi of scammers and additional security measures that banks need to implement to protect their customers' savings,” she said.

Nor Shamsiah said the Royal Malaysia Police (PDRM) plays an important role in combating scams, and has implemented various initiatives on this front, including establishing the Commercial Crime Investigation Department (CCID) Scam Response Centre to facilitate the public’s reporting of financial scams.

"BNM will work together with PDRM, the Malaysian Communications and Multimedia Commission (MCMC), and the National Anti-Financial Crime Centre to further elevate the CCID Scam Response Centre as a more systematic information sharing platform that will enable quicker action to prevent further losses,” she said.

According to her, an important aspect in dealing with financial scams is raising public awareness, including of scam tactics used by criminals and the steps that the public can take to avoid becoming victims.

"In this regard, BNM, the financial industry and law enforcement agencies will continue efforts to enhance the effectiveness of awareness programmes and improve on the dissemination of information to the public,” she added.

The virtual Financial Crime Exhibition, organised by the the Museum and Art Gallery of BNM together with PDRM, is aimed at educating the public on financial fraud and can be accessed at https://museum.bnm.gov.my/fce.

It was officiated jointly by Nor Shamsiah and Inspector-General of Police Tan Sri Acryl Sani Abdullah Sani. - Bernama

Scammers' adaptability has led to 50% increase in cybercrime over past two years, says IGP 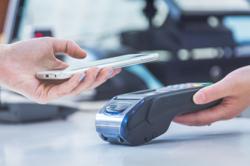