Call for advertisers to respect IP of authors

4As CEO Khairudin Rahim said: “If advertisers wish to retain the ideas and designs that are generated during a speculative Request For Proposal (RFP) process, there are various best-practice options available to fairly recompense the design firms and advertising agencies, for which the 4As would be delighted to share with them.

“To this end, we urge advertisers to respect the IP of the authors of plans, strategy, ideas and designs and to adopt ethical behaviour,” he said. An RFP is a briefing document from an advertiser that is interested in procuring a customised solution for a given assignment.

It is issued to potential vendors for them to submit their plans, creative ideas, designs and pricing proposals based on the specifications outlined in the document.

Khairudin was responding to a recent expose by an independent news portal which reported that a subsidiary company of Khazanah Nasional Bhd is alleged to have stolen a vendor’s design proposals for an exhibition. Cenergi SEA Bhd, a renewable energy government-linked company (GLC) at the centre of criticism, is said to have stolen a small design firm’s idea for the 2022 International Sustainable Energy Summit that was recently held in Kuala Lumpur, the news portal said.

According to a Facebook post uploaded by Diana Chew, Cenergi had unethically copied 95% of her design firm’s work presented earlier to Cenergi SEA, before the advertising company decided to execute the project using a different vendor.

Chew is the founder and managing director of design company Dxclusive Sdn Bhd. She demanded Cenergi pay for the design rights, or alternatively change the design Cenergi SEA had intended to use at the international exhibition. Cenergi said checks would be done with their legal team and a follow up would ensue, but it never materialised, according to the news portal.

Elaborating on the case from the standpoint of the industry body which represents advertising agencies the 4As, CEO Khairudin Rahim said if the public allegations made against Cenergi by Dxclusive for behaving unethically by “stealing other people’s work” is indeed true, then it is only right that Cenergi’s top management apologise and expediently reach an agreement on fair compensation.

Secondly, its personnel who were allegedly parties to this action should face internal disciplinary action for their unethical conduct, he said.

This would help eliminate any wrong perceptions of the Cenergi’s goodwill and reputation not only at its home base, but for all other Malaysian GLCs internationally.

“I am especially concerned that this unethical practice seems to have taken hold at companies that claim to adhere to the highest business standards of conduct.

“There were similar grumblings and unofficial accusations of IP theft by other advertising agencies or design firms on other RFP’s in the past. It was regarded as hearsay. However, this complaint is the first that has openly been made public,” he said.

Khairudin further said it’s a core business principle and a global norm of business dealings with the creative industry that: “All ideas, concepts, trademarks and materials that an advertising agency or design firm submits to a prospective advertiser are presented for the sole purpose of allowing them to determine whether they wish to use the presentation ideas, designs and work and to engage the agency or firm.

“The IP remains the agency’s or firm’s property unless an agreement is reached on the appropriate compensation. Their intellectual property may not be used in any manner the advertiser wishes.” — By DALJIT DHESI 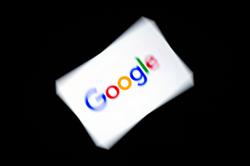