The company’s group managing director Tan Sri Syed Zainal Abidin Syed Mohamed Tahir said in a statement that discussions were ongoing with the relevant stakeholders, including the Malaysian government, for this purpose.

“The 12-inch wafer fab will be the first of its kind in Malaysia, and second in South-East Asia after Singapore. The fab’s 28nm node is a long-life Tier One Technology node with the most advanced technology under the planar transistor technology that will have the widest range of applications,” he said.

For its fourth quarter ended June 30, 2022 (4Q22), Dnex recorded a net profit of RM160.59mil on a revenue of RM430.29mil, mainly supported by a robust contribution from the technology and energy segments.

There is no comparative 4Q21 results as there had been a change in the financial year-end from Dec 31 to June 30.

For the financial year 2022 (FY22), Dnex said it generated a strong net cashflow from operating activities amounting to RM643.8mil.

Its balance sheet remains solid with total cash of RM1.02bil while total loans and borrowings stood at RM319.3mil as at June 30, 2022.

“We are pleased to announce a remarkable achievement for FY22, a record-breaking financial performance of the group with a profit after tax of RM707.3mil and revenue of RM1.44bil,” he said.

Dnex’s technology business was the biggest contributor to the group at RM857.7mil, accounting for 60% of total revenue, while the energy segment under Ping Petroleum Ltd contributed RM379.6mil in revenue or 26% while its IT business accounted for the remaining RM199.9mil or 14%.

He added that transformation efforts at SilTerra Malaysia Sdn Bhd had led to a strong turnaround in its financial performance, supported by higher average selling prices achieved and operational improvements recorded in terms of production output, quality control and manufacturing efficiency.

Syed Zainal added that SilTerra’s three long-term agreements secured with major clients will fulfil capacity utilisation to more than 70%, while expansion efforts to increase SilTerra’s annual production capacity by 10% is a work in progress and expected to be completed in the first half of 2023.

The expansion will allow the company to have more capacity for new emerging technologies such as micro-electromechanical systems or MEMS and silicon photonics devices, which command higher average selling prices.

Commenting on its energy segment, Syed Zainal said crude oil prices are expected to remain elevated on the back of a tight supply outlook due to bans by the European Union on Russian oil exports.

Meanwhile Dnex formed a joint venture company with Saudi Arabia-based Ajlan & Bros Holding Group to explore and identify opportunities in driving economic growth in high-value areas such as Digital, Cloud, and the Fourth Industrial Revolution (“4IR”) in the kingdom and the Middle East and North Africa markets.

Dnex has also signed a memorandum of understanding with Ajlan & Bros to explore the establishment of a packaging and assembly plant in Saudi Arabia and a potential participation by the group in Dnex’s plan to build and equip the new 12-inch wafer fab here. 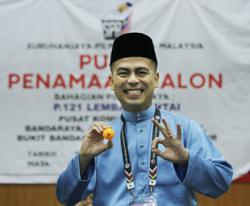