announced that total sales hit RM1.67bil in the first half of 2022, putting in on track to achieving its RM4bil sales target for the year.

The property developer said 83% of the sales were from local projects while the remainder were international sales contributions.

"It is worth noting that RM272mil of completed inventories were sold, and RM559mil of bookings were secured during this period in review.

"Our key focus remains steadfast on the swift conversion of the latter into sales," said SP Setia president and CEO Datuk Choong Kai Wai in a statement.

For the second quarter ended June 30, 2022, SP Setia reported a net profit of RM80.09mil, which was 7.07% higher than in the previous comparative quarter, on the back of revenue of RM1.02bil.

Earnings per share for the quarter stood at 1.97 sen as compared with 1.84 sen previously.

He said there were successful take-up rates in townships such as Setia Eco Glades while the new phase in Setia Eco Templar rose above 90%. The group is currently anchored by 47 on-going projects with an effective remaining landbank of 7,042 acres.

"This augurs well for SP Setia as the Group is known for quality townships prioritising conveniences and amenities.

"Many potential buyers realise the importance of owning a home that complements their lifestyle under the new norm.

"The recently announced 100% stamp duty exemption for first-time homebuyers of properties priced RM500,000 and below through the i-MILIKI will assist in expediting the property market's recovery," he added.

At at June 30, 2022, GDV stands at RM120.88bil, backed by an unbilled sales totalling RM8.71bil providing earnings visibility in the short to mid-term. 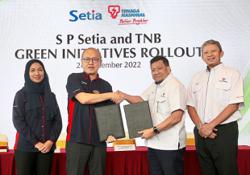 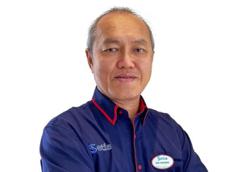