He is among numerous homebuyers across dozens of cities in China who have boycotted payments over fears that their properties will not be completed by cash-strapped, debt-laden developers.

NEWLY married and with his first child on the way, auto worker Wang wanted to move into the apartment he bought in Wuhan three years ago but those hopes were dashed by China’s ballooning property crisis.

Saddled with US$300,000 (RM1.3mil) in debt and with his unit nowhere near completion, the 34-year-old decided he had had enough and stopped making mortgage payments.

He is among numerous homebuyers across dozens of cities in China who have boycotted payments over fears that their properties will not be completed by cash-strapped, debt-laden developers.

“They said construction would resume soon,” Wang told AFP, only giving his surname. “But no workers showed up.”

Beijing-based Wang was planning to start a family after purchasing the home.

“It wasn’t easy for us to buy this home. It all came from my savings,” says Wang.

After years of explosive growth fuelled by easy access to loans, Chinese authorities launched a crackdown on excessive debt in 2020. That squeezed financing options for property sector giants such as Evergrande, as they struggled to make repayments and restructure mountains of debt.

Now they are facing mortgage boycotts and government pressure to deliver pre-sold homes.

In Wuhan, the capital of Hubei province, buyers such as Wang says they received multiple postponement notices on their apartments from developer Myhome Real Estate, months past the promised delivery date in late 2021.

The builder says in a notice this week that it had managed to release some frozen funds, adding that it expects to complete the Wuhan project in late 2022.

Wang says he stopped repayments this month, and that complaints to authorities in the city did not make a difference.

“There’s no hope in life, carrying on with payments like this.”

The “crisis of confidence” in China’s housing market points to structural flaws, says Andrew Batson of Gavekal Dragonomics in a recent report.

Because of their heavy reliance on selling apartments in advance, developers pursued business models that exposed buyers to the risk of not getting their homes, he adds.

As financially stressed firms halt construction on projects, “those risks have dramatically materialised”.

The crisis has left homebuyers in limbo.

“I thought it would never happen,” a Wuhan homebuyer surnamed Hu says of his unfinished home.

The 25-year-old says his family took out loans to help with the down payment for a three-room flat in 2018.

At that time, Wuhan was encouraging college graduates such as Hu to get household registrations in the city, he says.

Known as hukou, these all-important government registrations allow access to healthcare and schools.

“Everyone was buying property back then... people were vying for it,” he says.

Another young homebuyer Xue says almost all of his salary now goes to rent and mortgage payments.

“I don’t want to pay any more,” the 24-year-old says. “Our hearts are cold.” It’s not that we disregard the law or contracts, but this situation puts us under too much pressure.”

Buyers in Wuhan told AFP there have been protests over unfinished pre-sold homes in the city.

Homebuyers in around 100 cities – involving more than 300 housing projects – have boycotted mortgage payments, according to a crowdsourced document named “WeNeedHome”. Many are in central Henan’s provincial capital Zhengzhou, where authorities have set up a fund to help developers complete projects.Other affected cities include Chongqing and Changsha.

There have also been allegations of financial mismanagement, and some cities have called on banks to tighten their oversight of escrow accounts, according to local media reports.

Nomura analysts estimate that Chinese developers have only delivered around 60% of homes they pre-sold between 2013 and 2020.

The property sector’s woes were thrown into sharp relief last year when it emerged that Evergrande was having trouble repaying its creditors, sparking panic that the industry, which accounts for around a quarter of China’s gross domestic product, was on the brink of collapse.

Homebuyers’ ability to make mortgage payments is not the main issue, says Oxford Economics lead economist Tommy Wu in a report. But a loss of confidence in developers will worsen the real estate downturn, he adds. 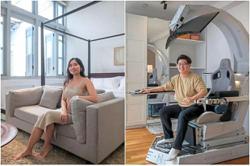 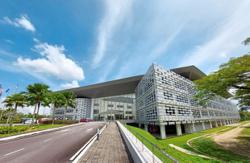