Foreign inflow continues to the sum of RM26.15mil KUALA LUMPUR: The inflow of foreign dollars into Bursa Malaysia continued over the past week to the tune of RM26.15mil.

This comes despite a continued net outflow of international currency from Asian markets, according to MIDF Research.

Of the Asian exchanges tracked by the research firm, Malaysia, Korea, Thailand and Taiwan posted net buying by offshore funds.

"Asian markets recorded its seventh consecutive week of outflows from foreign investors due to ongoing uncertainties in the global economy.

"Based on the provisional aggregate data for the seven Asian exchanges that we track, investors classified as “foreign” sold -USD588.96m net last week, the least outflows since the week ended 8th April 2022," it said in a report.

MIDF recorded that net foreign inflow to Malaysia amount to RM7bil so far this year.

Local institutions were also net sellers, with RM18.12mil of net outflow recorded over the week.

To date, Malaysian institutions have been net sellers of RM8.11bil of equities.

In terms of participation, foreign investors saw an increase in the average daily trade value (ADTV) by 13.14%.

Local retailers saw a decline of 1.06% while local institutions also declined by 0.75% 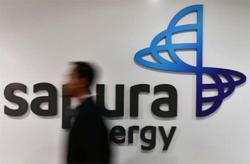