Maybank on track to meet goals under M25 plan

(Maybank) is on track to meet goals under its five-year strategic M25 Plan from 2021 to 2025 and will continue to accelerate efforts to unlock greater value for all its stakeholders.

Group president and chief executive officer Datuk Seri Abdul Farid Alias said the bank which made a net profit of RM8.09 billion for the financial year ended Dec 31, 2021 will be in a stronger position given the outlook of Malaysia’s economy this year plus the reopening of borders in April which made more economic activities permissible compared to before.

"We have given a projection of Gross Domestic Product (GDP) growth of about six per cent this year, inflation rate is expected at 2.7 per cent and the Overnight Policy Rate is expected to be 2.0 per cent by the end of this year as we are looking at a 25 basis point increase by Bank Negara Malaysia at the final quarter of this year.

"This is consistent with what we see right now. The only exception to that, the event which was not factored in, is the Russian invasion of Ukraine,” he told reporters at a virtual press conference after the bank’s annual general meeting today.

When asked whether the Russian invasion of Ukraine will affect the forecast, he believed that it would not have a significant impact on the Malaysian and Southeast Asian economies as the economic and trade flow between them only accounted for less than one per cent.

He, however, cautioned that while the direct impact might be insignificant, the impact it has on Europe might propagate to Malaysia and the region as Europe is the region’s major investor and trade partner.

On the M25 plan, he said it would be steered by three strategic priorities by concentrating more on digital, building new value drivers and focusing on sustainability throughout its operations.

Chairman Tan Sri Zamzamzairani Mohd Isa said that despite the challenging circumstances arising from the pandemic and geo-political uncertainties, Maybank had recorded commendable financial performance in 2021.

"With our key markets increasingly moving towards the endemic stage, the expectation is that there would be greater economic recovery across the region, boosted by enhanced vaccination rollouts and the easing of border control restrictions.

"These are positive signs and we believe they put us in the driving seat to ensure we achieve our M25 goals,” he said.

Touching further on the M25 plan, Abdul Farid said the group’s focus on building the three strategic priorities has enabled it to stay ahead of the curve, and continue serving the community, especially during the outbreak of the pandemic.

"Our expertise to operate as a digital bank in addition to our role as a traditional bank demonstrates our strength to provide cutting-edge solutions for our customers.

"Over the last year, we have been able to design our own lifestyle applications, introduce digital financing solutions in Malaysia cutting across retail and non-retail segments for products such as mortgage, personal and SME financing, and allowed for Know Your Customer (KYC) processes to be undertaken digitally in Singapore, Indonesia and the Philippines, among others,” he said.

Towards this end, he said the bank has recorded commendable achievements for its four headline sustainability commitments under M25, among which was when the group managed to mobilise RM13.6 billion in sustainable finance in 2021 from the target of RM50 billion by 2025.

"The bank had set a target of improving the lives of one million households across ASEAN by 2025, and to date over 500,000 households have benefited from the bank’s community programmes. 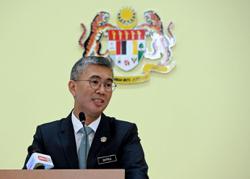