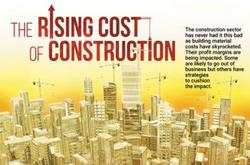 In a filing with Bursa Malaysia, the group said the construction job, received from Samling Resources Sdn Bhd, is expected to be completed in the second quarter of 2025.

’s earnings outlook is expected to brighten in the financial year (FY) 2022 as it has unbilled progress billings from projects secured last year.

Kimlun, an engineering and construction services provider, had bagged the supply contract for the tunnel lining segment and segmental box girder worth RM272mil for the MRT1 and RM253mil for the MRT2, said AmInvestment Research.

The group has an order book worth RM2.1bil, comprising RM1.7bil for construction and RM0.4bil for manufacturing.

The group said that rising building material costs thus far have not affected it much as most of the older projects that it is working on had already passed the steel and concrete intensive stage, i.e. the structural stage, the research house said.

It added that, for new projects secured, the rising building material costs have already been factored in.

The reopening of Singapore also bodes well for Kimlun as construction activities are normalising and labour shortage issues are being resolved.

It forecast a replenishment of RM550mil in FY22 and RM600mil in FY23. Potential contracts include Phase 2 of the Pan Borneo Highway, Autonomous Rapid Transit Sarawak and the Johor-Singapore Rapid Transit System.

Kimlun secured RM160mil worth of sales orders for its manufacturing segment in FY21, mainly from the supply of precast components to Singapore’s MRT train centre.

The research house forecast a replenishment of RM100mil in FY22 and RM120mil in FY23, which could stem from the expansion of the rail network in Singapore.

With all that and following a briefing with the group during the weekend, AmInvestment Research has raised its FY22 net profit forecast for Kimlun by 19% and 4% for FY23.

It maintains its “hold’’ call for Kimlun but with a higher fair value of 88 sen per share.

There is no future value adjustment for environmental, social and governance based on its three-star rating.

It said Kimlun currently trades at 7.9 times FY22 price to earnings ratio (PE), which is close to 9 times PE for small-cap constructuction stocks.

It also cited challenges that Kimlun will face. This include an escalation and prolonged Ukraine-Russia war leading to a supply chain disruptions and rising building material costs, delays and shelving of mega projects, and labour supply issues. 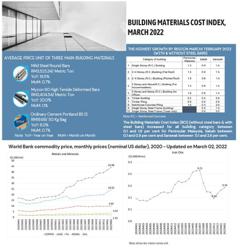