The acquisition, that is valued at some RM5.67bil or US$1.35bil on a cash-free, debt-free basis, is considered reasonable given its valuation of an enterprise value to earnings before interest, taxes, depreciation, and amortisation (EV-to-ebitda) multiple of around 25 times. This is near the valuation of recent private hospital acquisitions in Malaysia.

is proposing to pay to Ramsay and Sime Darby Bhd

The acquisition, that is valued at some RM5.67bil or US$1.35bil on a cash-free, debt-free basis, is considered reasonable given its valuation of an enterprise value to earnings before interest, taxes, depreciation, and amortisation (EV-to-ebitda) multiple of around 25 times.

This is near the valuation of recent private hospital acquisitions in Malaysia.

In its note, Hong Leong Investment Bank Research (HLIB Research) said the acquisition price is based on an indicative EV of RM6.06bil with equity value at RM5.67bil, debt levels of RM456mil and RM62mil in cash.

HLIB Research said the Columbia Asia Hospitals sale was transacted at an EV-to-ebitda of 20 to 24 times according to its estimation.

In September 2019, Hong Leong Group and private equity firm TPG won the bid to acquire Columbia Asia Hospitals in South-East Asia with the parties saying the transaction was valued at an estimated US$1.2bil (RM5.1bil) based on the current exchange rate.Official valuations for the Columbia Asia Hospitals sale were not disclosed by the parties transacting as it was a private transaction.

“The price is also at a 19% discount to Sunway Healthcare’s 16% stake sale that is valued at 31 times EV-to-ebitda,” HLIB Research said. 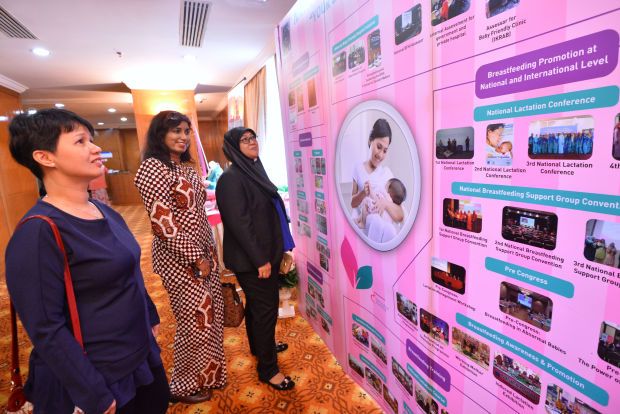 said it sold a 16% stake in its healthcare unit to Greenwood Capital Pte Ltd, which is an affiliate of Singapore’s GIC Private Ltd, for RM750mil.

This valued the entire Sunway Healthcare group at RM4.7bil.

RHB Investment Bank meanwhile said that the proposed acquisition of RSDHC augurs well and is in line with IHH’s cluster strategy to solidify its market share and expand its presence in Malaysia.

It noted that some of RSDHC’s hospitals are outside of IHH’s existing catchment areas and this allows for future expansion.

“Integration of the assets provides future potential cost synergies via procurement and shared services. Additionally, RSDHC’s presence in Indonesia would serve as a beachhead in the underserved Indonesia market, where hospital beds per 1,000 individuals stand at 1.2, which is among the lowest in the Asean region,” RHB Investment Bank said.

“We deem this to be fair as it is in line with IHH’s past acquisition multiples and selected transaction multiples in the market. However, we expect potential negative earnings contribution in the immediate term should the deal materialise, given the higher associated financing cost to offset its existing earnings base,” it said.

This is based on an assumption that the transaction will be funded fully by debt, with gearing ratio expected to rise to 0.5 from 0.2 currently, it said.

RHB Investment Bank maintained its “buy” call on IHH and its RM7.50 target price, and made no changes to its forecasts since discussions are still at a preliminary stage.

Meanwhile, AmInvestment Bank Research said that it is also neutral on this development for now, since it is still at the preliminary stages.

“The EV of RM5.67bil values RSDHC at an estimated financial year 2021 (FY21 ending June 30) of an EV-to-ebitda of 25-times and EV per bed of RM3.17mil. While this is higher than IHH’s FY21 (ending Dec 31) EV-to-ebitda of 14.5-times. These numbers may not be fully comparable due to the difference in their financial year-end,” AmInvestment Bank Research said.

“Also, we understand that Ramsay Sime Darby’s earnings have yet to recover to the pre-Covid level. Hence there is still room for earnings improvement in the future,” it added.

The research house is expecting IHH’s net gearing ratio to possibly increase to 0.41 based on the assumption it is a 50-50 cash-to-debt funding that will be utilised to execute the acquisition.

“In our view, this is still a comfortable level since it is below 0.5-times. However, it also means that room for future acquisitions will be limited going forward,” the research house said.

AmInvestment Bank Research maintained its “hold” call on IHH with an unchanged fair value of RM7.

based on a discounted cashflow valuation with a weighted average cost of capital at 7% and a terminal growth rate of 3.5%.