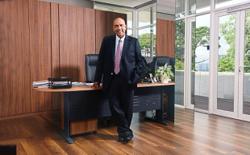 According to Hibiscus Petroleum managing director Dr Kenneth Gerard Pereira, almost 50% of the production comprises gas, and the addition of gas production is expected to present a better balance to the group’s asset portfolio in terms of price stability, markets and operations.

’s completed acquisition of Fortuna International Petroleum Corp (FIPC) from Repsol is a positive development as this will transform the group’s earnings trajectory.

According to AmInvestment Bank Research, the acquisition would effectively triple the group’s daily production to 26,800 barrels of oil equivalent (boe) and increase its gross proved plus probable reserves (2P reserves) by 72% to 81 million boe.

Based on the enterprise value for the group’s expanded 2P reserves, AmInvestment Bank Research said Hibiscus currently trades at only US$4.55 (RM19.08) per barrel.

This, it opined, is at an unjustified discount of 65% to its closest peer, United Kingdom-listed EnQuest and 70% of regional peers’ average valuations.

On Tuesday, Hibiscus Petroleum said in a statement that the FIPC asset portfolio comprises interests and operatorship under five production sharing contracts in Malaysia and Vietnam.

According to Hibiscus Petroleum managing director Dr Kenneth Gerard Pereira, almost 50% of the production comprises gas, and the addition of gas production is expected to present a better balance to the group’s asset portfolio in terms of price stability, markets and operations.

He also said such diversification represents a key aspect of the group’s energy transition strategy as natural gas is regarded as an important bridging fuel as the world transits to a lower carbon energy mix.

“Our current partnership with Petroliam Nasional Bhd (Petronas) and Petronas Carigali Sdn Bhd will be further strengthened, and we are excited to forge a new working relationship with PetroVietnam as we expand our geographic footprint into Vietnam,” he said.

AmInvestment Bank Research noted that the combined Repsol assets registered an earnings before interest, taxes, depreciation, and amortisation of US$80mil (RM335.36mil) in the first half of 2021.

However, this also raised AmInvestment Bank Research’s FY23 estimated earnings by 12% and a milder FY24 estimated increase of 3%, given that the research unit’s oil price assumption for 2024 onwards is maintained at US$60 (RM251.58) per barrel.

AmInvestment Bank Research maintained its “buy” call on Hibiscus Petroleum with an unchanged sum-of-parts-based fair value of RM1.18 per share, which also reflects a premium of 3% from its ESG (environmental, social, and governance) rating of 4 stars (out of 5 stars). 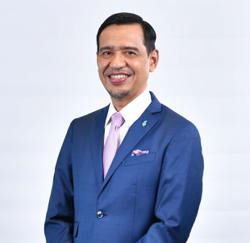 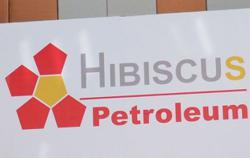