“The group has initiated its transition plan and the selection process is currently ongoing.

“In the interim, Mohd Rashid Mohamad who is the managing director, group wholesale banking has been appointed as the officer-in-charge/principal officer of the group,” RHB said in a statement.

“The board and management of RHB Banking Group wish to put on record their sincere appreciation to Khairussaleh for his invaluable contributions during his tenure with the group and wish him success in his future endeavours,” it added.

He was subsequently appointed as group managing director/group chief executive officer of RHB Banking Group on May 5, 2015.

Khairussaleh has more than 25 years of experience in the financial services and capital markets industry, where he has held senior positions in well-established regional financial institutions.

He is also a council member of The Association of Banks in Malaysia and Asian Institute of Chartered Bankers.

Khairussaleh holds a Bachelor of Science in Business Administration from Washington University and is a graduate of the Advanced Management Programme, Harvard Business School. He is also a Fellow Chartered Banker of Asian Institute of Chartered Bankers. 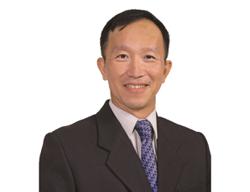