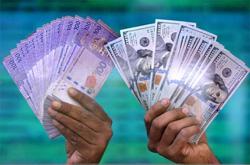 Bank Islam Malaysia Bhd chief economist Dr Mohd Afzanizam Abdul Rashid maintains his view that the central bank will raise the OPR by 25bps in the second half of 2022. This, he says, should lend support to the ringgit.

IN an environment of rising global interest rates, an increase in the overnight policy rate (OPR) could help mitigate the risk of capital outflows and pressure on the local currency.

According to the Malaysian Rating Corp Bhd (MARC), although a hike in the OPR could cause some economic pain, the move may be necessary to reduce risk in the country’s financial system and support the ringgit.

The credit rating agency opines that Bank Negara could wait until the second half of this year before raising the benchmark interest rate by 25 basis points (bps) to 2% from the current record low of 1.75%.

“Suppose Bank Negara decides to remain on the sidelines and keep its accommodative monetary policy to avoid hurting the economy further. In this case, it risks inflation feeding into expectations, wage and price-setting, consequently setting off economic instability.

“On top of that, it also risks more capital outflows and a weaker ringgit amid rising global interest rates due to normalising global monetary policy,” the rating agency says in its recent report.

The combination of the United States Federal Reserve’s (Fed) tapering of asset purchases and possible interest rate hike as early as March is expected to put pressure on emerging-market currencies, including the ringgit. 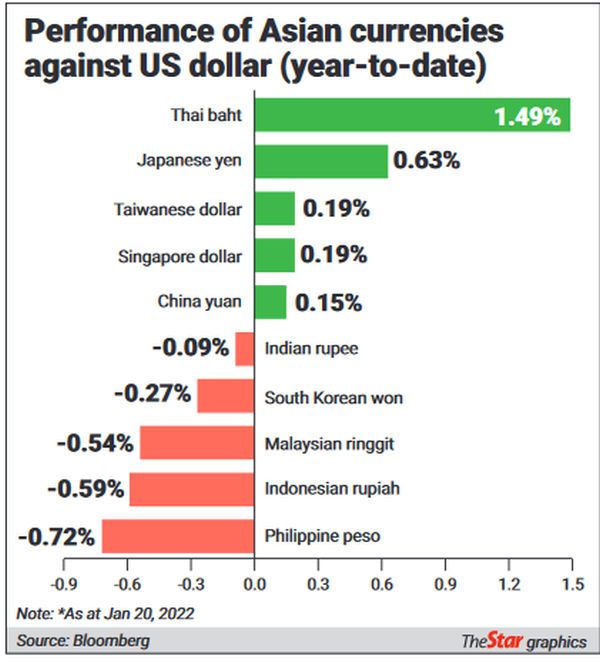 Analysts expect the Fed to undertake three to four interest-rate increases of 25bps each this year.

A rise in US interest rates would mean higher Treasury yields, which attract capital flows in the US away from emerging markets. This could lead to a stronger US dollar and weaker emerging-market currencies.

Wells Fargo Securities said over the week it expected emerging-market currencies to come under the most pressure in 2022-2023 as tighter Fed policy, higher bond yields and local political developments result in weaker currencies across the emerging markets spectrum.

In its note to clients, the US-based brokerage says it expects to flock to the US dollar just as underlying risks in developing economies come into focus.

“The dynamics that have supported foreign currencies, in particular emerging-market currencies, are unlikely to persist,” it says.

“As the focus shifts back to country-specific fundamentals, we believe investors will again divert capital back toward US dollar-denominated assets, which should be supportive of the greenback over time,” it adds.

Bank Negara kept the OPR at 1.75% in its first Monetary Policy Committee (MPC) meeting for 2022 over the week. It said risks to the growth outlook remained tilted to the downside.

The next MPC meeting is scheduled for March 2-3.

Bank Islam Malaysia Bhd chief economist Dr Mohd Afzanizam Abdul Rashid maintains his view that the central bank will raise the OPR by 25bps in the second half of 2022. This, he says, should lend support to the ringgit.

HSBC Group, which expects two rate hikes from Bank Negara in the second half of 2022, says “policy normalisation” could help the ringgit maintain a yield advantage against the US dollar and keep real rates positive.

The international banking group projects Bank Negara would raise the OPR by a total of 50bps to 2.25% this year on the back of stronger domestic demand and strong export numbers, as the world economy recovers from the impact of the Covid-19 pandemic.

The policy move is also in tandem with expectations that the Fed will raise interest rates by three to four times in 2022 to counter inflation.

Holding the view that the ringgit is currently undervalued, the international banking group says the Malaysian currency could see a recovery this year.

“The US dollar-to-ringgit is hovering near its ytd high due to various external challenges. There are still a lot of uncertainties, but we believe the undervalued ringgit can recover in 2022 as Malaysia’s economy emerges from a ‘double-dip’ recession,” HSBC Group argues.

The ringgit, it says, should be supported by foreign direct investment inflows; monetary policy normalisation by Bank Negara; and improving confidence in the domestic economy and in local assets, which would help curb residents’ foreign asset accumulation.

However, new Covid-19 developments and political uncertainty, which could weigh on sentiment and affect capital flows, remain risks to the ringgit’s performance, HSBC Group says.

In a recent report, AmBank Research highlighted that selling pressure on the ringgit is expected in the first half of 2022, partly due to the strengthening of the US dollar itself on the back of a more hawkish tone by the Fed.

This could see the ringgit reach the RM4.25 level – and possibly touch RM4.30 – against the greenback.

It projects that the ringgit will, however, pull back from its weakening trend in the second half to hover around the RM4.20 levels.

While a number of other external factors will affect the local currency, including the impact of new Covid-19 variants on the global economy which could result in an increase in demand for the dollar as a safe-haven hedge, AmBank Research says investors will focus on local authorities’ ability to continue enhancing the economy and financial resilience to lift the strength of the ringgit against major foreign currencies.

The Singapore-based bank expects Bank Negara to raise its OPR by a modest 25bps to 2% in the early part of the second half of the year. 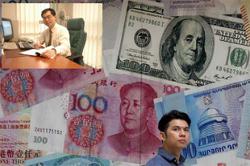