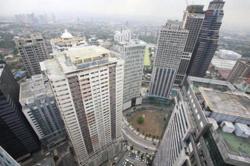 PETALING JAYA: The Chinese economy is slowing down and this could be bad news for Malaysia, which is already going through a bumpy economic recovery.

As the largest trading partner of Malaysia since 2009, economists said China could drag Malaysia’s growth potential this year.

China has recorded moderating economic growth in the past three quarters, although its full-year growth for 2021 was registered stronger-than-expected at 8.1% year-on-year (y-o-y).

As for 2022, the World Bank forecasts China’s economy to moderate to 5.1%, while the International Monetary Fund predicts a 5.6% expansion.

China is Malaysia’s largest export market and represents 15.4% of the total exports in the January to November 2021 period. It is also the largest importer, accounting for 23.1% of total imports in the 11-month period.In addition, China has been Malaysia’s largest approved manufacturing investor since 2016. Currently, it is also the ninth largest foreign direct investment source for Malaysia.

Lee estimated that a 1% decline in China’s gross domestic product (GDP) growth could potentially shave Malaysia’s GDP and exports growth by between 0.3 and 0.5 percentage points via both first and second order effects.

“Malaysia’s exports to China had grown by 19.7% y-o-y in January to November 2021, thanks to a bounceback in China’s growth.

“For 2022, we expect Malaysia’s exports to China to grow at a moderate pace of 8%, reflecting a gentle China economic slowdown,” he said.

Lee, however, highlighted the negative impact from China’s slowing economic growth is not exclusive to Malaysia alone.

“We cannot ignore that when China sneezes, Asia catches a cold via slowing demand for commodities, fuel, factory goods and services as most Asian economies are major trading partners with China,” he added.

Under the “zero-Covid policy”, Beijing imposes strict quarantines and travel restrictions – whether within a city or with other countries – to control virus outbreaks.

Mohd Afzanizam said that even without any negative drag from China, Malaysia’s exports growth could still experience a normalisation in 2022.

This is due to the high base effect of last year and the ongoing concern over Covid-19.

China losing its growth steam will only accelerate the normalisation in Malaysia’s exports growth.

Mohd Afzanizam pointed out that the Malaysia-China trade deficit currently shows the reliance on China in terms of input for production.

“So any hiccups in China would have immediate implications for the supply chain in Malaysia,” he said.

For the January to November 2021 period, the trade deficit between Malaysia and China was RM34.97bil, which means Malaysia imports more from China than the value of its exports to the country.

“Port congestion and delays in international trade activites are something that every country would need to contend with given that most countries’ trade is well integrated with China.

“This could be the channel where Malaysia’s external demand could be affected in the form of rising cost and lower productivity level,” according to Mohd Afzanizam.

Concerns about China’s slowing economic growth and its impact on Malaysia rose after the world’s second-largest economy grew by 4% y-o-y in the final three months of 2021.

However, Malaysia University of Science and Technology professor Geoffrey Williams said that one should not be too concerned about China’s moderating growth rates, considering that these are transitional numbers towards a period of normalisation.

“We expect (GDP growth) in 2022 will be more modest because demand in China will moderate after the rebound and the zero-covid policy is still imposing tighter restrictions than in other countries.

“So this would impact the expected contribution of exports to growth in Malaysia not just because China is likely to slow marginally but also because other export markets for Malaysia in the European Union and the United States have yet to stabilise,” he said.

Williams cautioned that Malaysia’s trade deficit with China is “something of concern”, although he admitted that the net trade is largely outside of the control of the Malaysian policy makers.

“Like most aspects of the Malaysian economy, it is a structural issue and requires a change in development and trade policy.

“So, a greater focus on promoting domestic investment and domestic economic activity must always form the backbone of development plans,” said Williams.

This would help the country to grow more sustainably, going forward.

“It is going to be a long process, but with perseverance and effective execution, I think Malaysia should be able to weather the challenges that are ahead of us,” he said.

He added that Malaysia’s recovery is contingent on a sustained revival in domestic demand, especially consumer demand.

“The anticipated stimulus push from public investment via a record high development allocation of RM75.6bil in Budget 2022 will have to be well executed and implemented swiftly to mitigate the risk of external slowdown.