South Korea gets praises for early rate hikes, it’s time for a breather

SOUTH Korea wants to win its tussle with inflation early. The central bank’s back-to-back interest-rate increases get 2022 off to an assertive start. So much so that the bulk of the work might even be done.

The Bank of Korea (BoK) raised its benchmark rate Friday by a quarter point to 1.25%, as most economists predicted. The nudge followed tightening in August and November, giving the BoK a reputation as one of the more hawkish monetary authorities in Asia, along with the Reserve Bank of New Zealand.

While wary of a hit to growth from omicron, getting into a comfortable spot on inflation has been judged the greater priority.

The early action may soon bring a dividend for Seoul. Many analysts went into today’s rate decision expecting one, or possibly two additional hikes. The second half of the year is considered the most likely time for the next installment.

That leaves policy makers time to sit back and observe how Covid-19 develops, along with the shift to higher borrowing costs among South Korea’s most important trading and financial partners.

The Federal Reserve (Fed) may wrap up quantitative easing as soon as this month. Lael Brainard, who is President Joe Biden’s pick for vice-chair, signalled to lawmakers Thursday that she is open to raising rates as soon as March, a much faster schedule than imagined a few months ago.

Among the first-mover advantages for South Korea is that it removes monetary policy as potential flashpoint in March’s presidential election. BoK governor Lee Ju-yeol’s term expires the same month. A successor hasn’t been named and, in all likelihood, won’t be until after the poll. Acting swiftly also bequeaths the person who follows him some breathing room.

The BoK’s main rate is now where it was before the pandemic.

Why not call it a day? Inflation is too high for the central bank’s comfort. Consumer prices rose 3.7% in December from a year ago. While that’s significantly higher than the bank’s 2% target, it’s not as far from the goal as is the case abroad.

The Fed’s preferred gauge of inflation ran at 5.7% in November, miles from its 2% target. Lee, and the next governor, still have work to do – the bank says inflation will be above desired levels through year-end.

In a post-decision briefing, Lee said that even an interest rate climb to 1.5% shouldn’t be considered a tightening, pushing bond futures lower. But this probably isn’t enough to warrant an unseemly rush. Korea is also wrestling with the new variant. The case for a hike yesterday was made in advance, but some of the governor’s comments did leave room for reasonable doubt. Recent communications had an equivocal tone.

In a speech last week, Lee warned of inflationary pressure and the danger of falling too far behind in the global march toward withdrawing accommodative policy. He cushioned that by noting the persistent danger of omicron and a slowdown in China.

Some of the threats to the recovery may be mitigated by extra government spending. With the polls approaching, the ruling party’s candidate has called for extra budget support to be drawn up before the end of January.

Officials are also mindful of financial risks. When the BoK first raised rates in August, it emphasised worries about asset bubbles. Household debt had been surging and the property market looked frothy. Inflation was a bit above target then at 2.6%.

The price game has since changed, and not just in South Korea. The question now is whether the central bank wants to keep trying to stay a step ahead of its peers.

With forecasts for the United States rates being notched higher almost daily, Seoul shouldn’t try to chase too hard. Take some time. Going early buys you some credibility. Use it. — Bloomberg 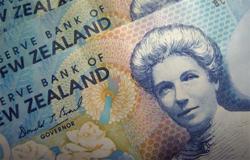 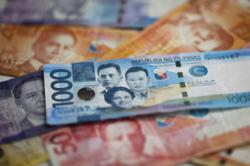