Maybank IB maintains GDP target at 6% for 2022 despite floods KUALA LUMPUR: Maybank Investment Bank Bhd (Maybank IB) has maintained its gross domestic product (GDP) growth target for Malaysia at 6.0 per cent for 2022, despite the damage caused by the floods.

Its chief analyst Suhaimi Ilias said the bank believed that the floods would not cause prolonged disruptions in terms of supply shortage.

"I think the flooding on the domestic front certainly looks severe, but the message we get from the industry is (that it's) manageable...no indication that it is going to be a major disruption to manufacturing activities, even for the plantation industries also,” he said.

He said this during the Maybank IB 2022 ASEAN Macro and Malaysia Outlook webinar today.

Suhaimi said according to the insurance industry estimate, the claims related to flood damages is around RM3 billion, while damages especially to households which are likely not insured is about RM1.5 billion, using figures based on government assistance provided.

"Over the longer term, at least it (the impact) should be neutralised, in fact it could be more positive (moving forward),” he added.

Meanwhile, on the local currency outlook, Maybank IB head of FX Research and Strategy for Global Markets Saktiandi Supaat said the ringgit would be supported by resilient oil prices and economic rebound, but the rising US Treasury yields, if it continue to do so, may limit the gains.

"We maintain a mildly positive outlook for the ringgit relative to the US dollar from around the middle of 2022, with support largely from external factors - global economic recovery, an eventual mildly softer greenback environment, oil price and renminbi stability,” he said.

On the domestic front, Saktiandi said the local currency may be supported by the government’s move to an endemic scenario as vaccine progress improves.

However, he said the potential of the General Election this year may add some volatility to the local currency but the impact would not be long. - Bernama 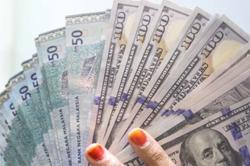 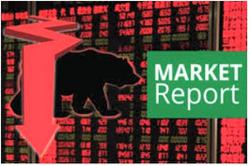