Northport chief executive officer Datuk Azman Shah Mohd Yusof said the company had embarked on the “Reinventing Northport” programme since the takeover of Northport by MMC Corp Bhd in 2016.

KUALA LUMPUR: Northport (M) Bhd has hit an all-time high in terms of container volume this year, with its 2021 throughput to date being 20.7% higher than in 2020.

“The Covid-19 pandemic and implementation of lockdowns by many countries across the world in the year 2021 have had a significant impact on global economic activities and trade. The disruptive effects were felt across a wide range of economic sectors and industries both globally and domestically as lives and livelihoods were affected,” the port operator said in a statement yesterday.

Northport added that the global supply chain was totally disrupted as major ports had either shut down operations or faced exceptionally long vessel delays.

“Northport’s operations were not spared initially, but the culmination of efforts to improve its operational efficiency and productivity had helped reduce the impact of the supply chain disruption,” it said. 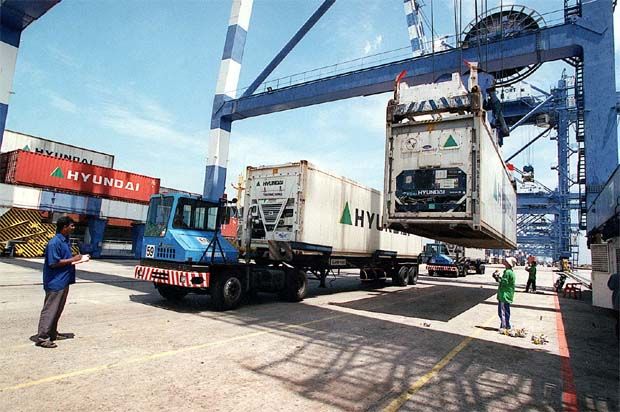 In the same statement, Northport chief executive officer Datuk Azman Shah Mohd Yusof said the company had embarked on the “Reinventing Northport” programme since the takeover of Northport by MMC Corp Bhd

“This had led us to break our highest monthly container handling performance by recording 310,865 TEUs in December last year.

“We were making steady progress until the pandemic hit us hard,” he said.

Azman Shah said the major challenge for its operations came at the start of the year, when the port experienced heavy congestion at its container yard due to a high number of vessel calls.

“The discharge of containers from the vessels was more than the loading operation.

“As was the case with most ports, overstaying transhipment containers became a huge problem as other ports were either closed or facing heavy congestion.”

“The issue was further exacerbated when the movement of import and export containers by hauliers was affected by the implementation of lockdowns by the Malaysian government.”

Azman Shah said the congestion at Northport’s container yard and gates had resulted in a lower productivity rate for its container operations, which then led to delays in vessel berthing.

“However, Northport was quick to respond to the issue with short, medium and long-term action plans to reduce the congestion. The measures were proven effective as the port’s operations recovered in less than one month.

“The ports and logistics industry players came together and did their part, aided by the government agencies and led by Port Klang Authority to bring some semblance of normalcy to Port Klang’s operations,” he said.

Going forward, he said Northport is cautiously optimistic on the prospects of 2022 in the face of an uncertain economic outlook, given the rise of new Covid-19 infections that has been brought on by the Omicron variant.

“We will continue with the next phase of ‘Reinventing Northport’ as we are expanding our yard capacity and buying new equipment to further boost our productivity and achieve more success in the years to come, in our transformational journey to be a safer, greener, smarter and better port.” 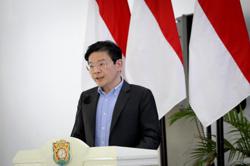 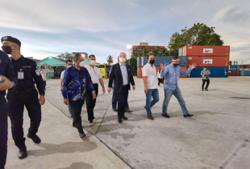