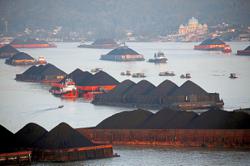 KUALA LUMPUR: Carbon taxes imposed by other countries on Asia-Pacific’s exports could dampen the region’s trade activity, particularly in carbon-intensive products, according to Moody’s Investors Service in its latest report.

Moody’s assistant vice-president and analyst Deborah Tan said Asian economies will be slower to embrace carbon taxes, which is meant to encourage the reduction of greenhouse gas emissions, than their major export markets such as the European Union.

"The most imminent risk from carbon taxes does not come from domestic policies, but from the imposition of carbon emission levies by Asia's trading partners which could raise the cost of exports and dampen trade activity,” she said in a statement today.

Tan said countries with carbon-intensive exports will bear a larger economic cost from external pricing regimes. Iron and steel manufacturers, particularly in India (Baa3 stable), Indonesia (Baa2 stable), and China (A1 stable), will bear the brunt of the impact.

Should Asian economies themselves pursue carbon taxes, prices could increase across sectors in the domestic economy as well, she explained.

"The price impact will vary by country, depending on their energy mix and energy price levels. China and India have the most exposure, mainly because of their higher dependence on coal and their subsidised energy prices.

"Power utilities, coal mining, steel, chemicals and transportation are the most-exposed sectors. Redirecting fiscal revenue from carbon taxes, however, can mitigate the impact of domestic carbon taxes on households and companies.