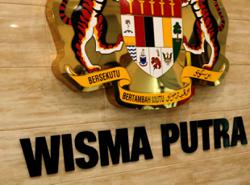 has reiterated that the company remained committed to ensuring the wellbeing of its local and foreign workforce as it delivers quality products and services to its customers in over 80 countries.

In a filing with Bursa Malaysia today, the company said that in response to the recent news report titled ‘Dyson splits with Malaysia supplier, stoking concern over migrant worker treatment’.

"ATA wishes to provide clarifications to the report, which it hopes will help readers to have a better perspective on ATA’s continuous and concerted efforts in addressing and improving its labour and social compliance standard and practices and ensuring positive business continuity.

ATA said the company’s company policy strictly adheres to Malaysian labour law, which permits up to 104 hours on normal working days in a month, and, if workers perform overtime, it is solely on a voluntary basis.

The company also clarified another recent report with regard to foreign worker Dhan Kumar Limbu, which was published on Nov 25, 2021.

"The company wishes to inform that the Johor police has issued a statement on Nov 27, 2021 stating that to date, it has not received any reports regarding the alleged physical abuse by the police of the aforesaid ATA worker.

"The company had also engaged a prominent law firm which conducted an independent audit. Based on its findings, the law firm concluded that the allegation made by the aforesaid worker is unjustified and unsubstantiated and unlikely to have taken place,” it said.

ATA added that it has a Corporate Social Responsibility (CSR) and Environmental, Social and Governance (ESG) compliance audit planned for December 2021.

"The company expects to pass this audit, validating its efforts in this area,” it said. - Bernama 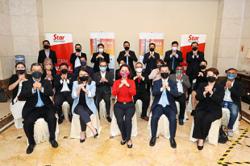