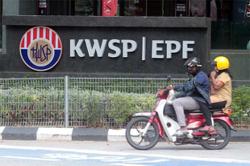 Eight eSports titles will have a medal event at next year's Asian Games, including PUBG Mobile, pictured here being played at the recent Esports Championships East Asia in Seoul, South Korea. — Bloomberg

KUALA LUMPUR, Nov 28 (Bernama) -- Job and finance are the two important things in life that move in a parallel motion.

Since the beginning of civilisation, people have been working to achieve something; even before money was invented and barter trade was used as a mode of payment.

Since the boom of the Internet, many new jobs have been created. From computer software engineer to animator to various categories of digital marketing jobs.

In today’s era, we are also moving towards a digitized nation in line with the fourth industrial revolution (4IR) powered by the next generation of telecom networks called the fifth generation (5G).

All of these initiatives are formulated in the pursuit of one common goal, that is, improving our daily lives.

As time passes, the definition of jobs or work have also changed.

What we never thought of a type of job such as playing video games, is now making headlines as one of the highest paid jobs in the world.

Besides video games, content creator and social media influencer are also becoming a career choice for many Gen Zers (refers to the generation that was born between 1997-2012), regardless of education level or social status.

Little did we know, while COVID-19 hit almost all of us hard, the gaming industry has defied the challenges posed by the pandemic and instead was booming.

One of the country’s top esports shoutcaster and coach Mohd Amirul Aiman Mohammad Kamal, who is also known as Laphel, said he was working as an executive for some time before making shoutcasting a full time job.

"What I can make in a year before I can now make in a month. I am not worried about my future because with financial planning and my side business, I am set for life,” he said.

According to the Southeast Asia Game Industry Report 2021, game revenue in Malaysia is projected to reach over US$402 million (US$1=RM4.237) in 2021, driven by its diverse pool of talents and original ideas with the unique ecosystem.

Besides esports, the younger generation is also into creative content creation which could generate an "interesting” sum of income based on the views and shares they obtained on their social media.

Is Job Security still a Thing?

As the definition of "work” changes, one question remains, is job security still of concern to the next generation?

Since the re-opening of the economy as the dust of COVID-19 finally settles after two years, thousands of jobs have been created.

While we thought these jobs will easily be filled by eager job seekers, companies are now facing "The Great Resignation” period and the new openings for fresh graduates were not met with enthusiasm as expected.

While human resource managers are conducting interview day in and out, they still find it difficult to find the talents needed as the majority of the younger generation demand flexible hours and hybrid working.

Some even resigned when they were instructed to return to the office.

While workers are seeking more work-life balance, flexibility and a peace of mind, how would this change affects the next job cycle?

Will we run out of manpower or do companies have to shift their policies to attract and retain these talents?

While the the Employees Provident Fund (EPF) is worried that Malaysians might not have enough to retire due to wage and inflation issues, as well as unemployment, especially among young people, some Gen Zers think otherwise.

"The EPF is a good avenue for savings, especially with contributions from employers, but I don’t see myself working for people, committing long hours and sacrificing my mental health for it. I can do better on my own,” said Sharifah Nur Amalina Syed Khairuddin, 23, who sees herself as a working nomad.

The finance graduate said after completing her internship with a global bank, she feels that she does not fit into the lifestyle.

"I can make thousands a day via stocks and crypto currency. I plan my finance based on five categories, emergency cash, stocks, gold, crypto and property,” she said.

While the older generation might be worried about their children or grandchildren’s choice of career or approach to work today, what can we learn from this scenario to make us understand them better?

Or, would we face another outflow of creative talents in the near future as the younger generation choose to disrupt the traditional ways of working? - Bernama