Tengku Zafrul also gave the assurance that the government’s proposed Cukai Makmur (Prosperity Tax), to be implemented next year, would be charged on a one-off basis as the country is facing an extraordinary time and the new tax would be implemented in that spirit.

He said Malaysia is on track to meet the target but much would depend on the country's revenue performance, how far it can reprioritise spending, and the final GDP outcome.

"We (have) rationalised our expenditure in 2021 to accommodate the increase in the COVID-19 Fund to RM39 billion, which is to finance the additional assistance and stimulus packages.

"So in total, the overall deficit for this year is expected to be RM98.8 billion, up from the original budgeted amount of RM84.8 billion,” he said at the virtual Invest Malaysia 2021 Series 2 today.

Tengku Zafrul said all eyes will now be on the country’s second-half year performance.

Malaysia recorded a respectable 7.1 per cent GDP growth in the first half of 2021 compared with a contraction of 8.4 per cent in the same period last year, thanks to the effectiveness of the government’s economic stimulus and financial aid programmes.

The Finance Minister said the third-quarter 2021 GDP results will be announced next week and the government is projecting weaker numbers given the various containment measures during that period.

However, he expressed confidence that a strong recovery would be recorded in the fourth quarter (Q4) of 2021.

On taxation, Tengku Zafrul said the government expects a stronger revenue collection in Q4 2021 in line with the reopening of the economy and success of the vaccination rollout

"We already see an uptake in the Sales and Service Tax collection, in line with the reopening of more economic sectors, particularly in the services sector,” he explained.

He noted that his ministry and the Ministry of Environment and Water are currently working together on the imposition of carbon tax which is also in line with the government’s initiative to widen its revenue base and reduce the reliance on direct taxes.

Tengku Zafrul also gave the assurance that the government’s proposed Cukai Makmur (Prosperity Tax), to be implemented next year, would be charged on a one-off basis as the country is facing an extraordinary time and the new tax would be implemented in that spirit.

The tax on companies earning at least RM100 million in profit is expected to have an impact on not more than 250 companies, he said, citing many big corporations have expressed their support for such temporary levy and it would not hurt their dividend payouts. - Bernama
Article type: metered
User Type: anonymous web
User Status:
Campaign ID: 46
Cxense type: free
User access status: 3
Join our Telegram channel to get our Evening Alerts and breaking news highlights 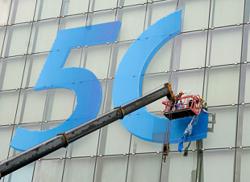 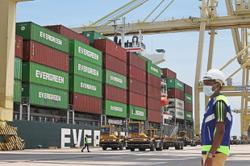