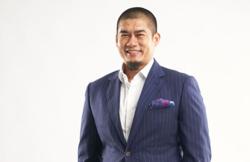 Executive chairman Beroz Nikmal Mirdin (pic) said that with the diversification wheels in motion, the group will now look into “growing the new growth engines through sustainable expansion of both brownfield and greenfield projects

expects to return to profitability in the financial year 2022 (FY22) with its diversification exercise progressing as planned.

Historically known as a supplier of customised building materials, the group is expanding into renewable energy (RE) and healthcare under a new management which came on board in June last year.

Towards this end, it sought to inject three assets into the group.

In the RE space, the assets are Telekosang hydro power plants, located in the Telekosang River in Tenom, Sabah, and Jentayu solar asset – a fully operational 5.99 megawatt (MW) solar power plant located in Pokok Sena, Kedah, which has 21-year power purchase agreement until 2040.

The share sale agreements for these assets were signed by the respective parties on Sept 22, 2021.

Executive chairman Beroz Nikmal Mirdin (pic) said that with the diversification wheels in motion, the group will now look into “growing the new growth engines through sustainable expansion of both brownfield and greenfield projects”.

“As our acquisitions are for ready-now assets, they will be able to provide immediate cashflow and revenue recognition. We are primed to return to profitability in 2022,” he told StarBiz.Ipmuda has not been profitable in the last five years.

A strategy that focused on higher margin products and optimisation of assets, among others, saw it making a net profit of RM107,000 in the third quarter ended March 31, 2021.

However, it slipped back into the red in the fourth quarter ended June 30 with a net loss of RM2.67mil.

According to Beroz Nikmal, the new management has taken a year to reposition the group.

One of the first things it did was to bolster the group with the right talent. Secondly, it reassessed the financial health and current income streams.

“To that end, we have stopped the bleed and returned to the black in the third quarter of 2021 after five years of annual losses.

“The third step was to bring in new revenue streams and we have done this via acquisitions of ready-now assets,” he explained.

Its 40MW hydro asset, he added, is progressing beyond 90% in terms of development and slated to begin operations in early 2022.

It is expected to bring in about RM65mil in annual revenue based on a fixed tariff of 24 sen per kilowatt-hour and a declared annual availability of 245,280 MW hour.

“Our solar asset has already started operations in late 2019 and was able to exceed target expectations at 101.5% in its first full year of operations, with a corresponding net revenue collection of RM4.96mil.

“We are confident that this will provide a strong revenue stream for the group moving forward,” he said.

Similarly, he believes that the Ohana Specialist Hospital is primed to provide steady income for Ipmuda.

That said, he sees RE taking on a growing portion of the revenue contribution in both short and long term.

As for the building materials arm, Beroz Nikmal said it will remain as part of the group’s diversified portfolio.

As for the building materials arm, Beroz Nikmal said it will remain as part of the group’s diversified portfolio. Ipmuda's projects.

However, there is increased focus on higher margin products. It is also careful in selecting credible customers with reliable payment records.

“We have repositioned the trading arm and it is now close to returning to profitability,” he said.

On the other end, Ipmuda is determined to exit the property development business. For this, it is exploring a capital recycling exercise where stakes in projects can be pared down to recoup capital.

This can then be reinvested into other higher yielding projects that complements the group’s core competencies, he added. 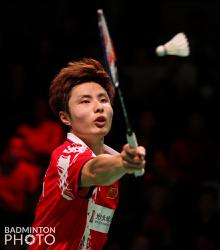