Public Bank’s founder, chairman emeritus, director and adviser, Tan Sri Teh Hong Piow said, “It is an honour to be bestowed with these two awards by Alpha Southeast Asia. It is indeed a testimonial of our hard work and commitment to excellence.”

The recognition was accorded at the 15th Annual Financial Institution (FI) Awards recently, where it also won the “Best Retail Bank in Malaysia” award for the third year with the past two awards won in 2020 and in 2018 when they introduced the award.

Alpha Southeast Asia, was established in January 2007 and is the first and only institutional investment magazine based in Hong Kong focused on Southeast Asia (Indonesia, Malaysia, the Philippines, Singapore, Thailand and Vietnam).

Public Bank said unlike most mainstream financial magazines, the winners of the annual FI awards are not necessarily the biggest banks by asset size but awarded on the basis of performance and growth over the past one year.

The awards are also exclusively and categorically open to only locally incorporated banks and financial institutions or banks headquartered in Southeast Asia.

“The Alpha Southeast Asia in a statement issued mentioned that over the last 14 years since the collapse of Lehman Brothers, if there is one benchmark investors use to judge banks, it has to do with balance sheet strength.

“Public Bank easily epitomises how far a bank would go to stick to what it does best: plain vanilla bank lending and being there for its customers however intense the competition,” Alpha Southeast Asia said.

Public Bank, said in keeping this award within the bank for the 15th consecutive year, the bank continues to entrench its heels deeper and strengthen its local market position year after year, making the bank the most reliable, secure and strongest bank in the country by a wide margin, thanks to strong growth in loans and core customer deposits as well as its stable asset quality.

In their report, Alpha Southeast Asia said despite intensifying competition from government-linked banks as well as other private sector banks in the country jostling for a position near the top, Public Bank has remained steadfast and focused when it comes to the country’s burgeoning retail segment.

In recent years, the Public Bank Group has continued to register strong growth Its sold retail banking franchise is a testimony to the resilience and strength of the banks’ business, customer relationships, people and processes.

In the case of Public Bank, it is very much business as usual, thanks in large part to its ability to meet the demand and evolving funding needs of its retail customers in Malaysia.

Public Bank’s founder, chairman emeritus, director and adviser, Tan Sri Teh Hong Piow said, “It is an honour to be bestowed with these two awards by Alpha Southeast Asia. It is indeed a testimonial of our hard work and commitment to excellence.”

“All the triumphs and achievements over the last 55 years came with great efforts, resulting in Public Bank being recognized in the industry as the brand that is synonymous with excellence in line with our corporate tagline, “Excellence Is Our Commitment”.

“The bank has gained a reputation for its integrity, trust and good governance which drives its business through knowledge, expertise, hard work and focus on customer service driven by a sustainable approach. Values such as integrity, trust and prudence are ingrained in our DNA and have been practised consistently throughout Public Bank,” he said.

Teh emphasised that moving forward, Public Bank will continue to entrench the excellent corporate conduct and uphold a high level of accountability and responsibilities to optimise its stakeholder values. 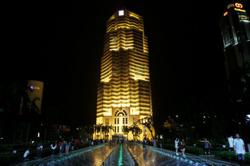 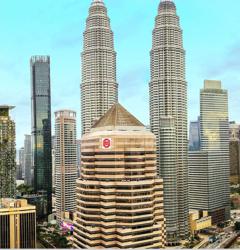