SINGAPORE: Exports of Malaysia's flagship crude oil Kimanis will fall in October and November following a production issue at an offshore oilfield operated by Royal Dutch Shell, three sources with knowledge of the matter said.

Petroleum Brunei, one of the stakeholders, cancelled a tender to sell a Kimanis crude cargo that was supposed to load in early November because of the problem, one of the sources said.

Kimanis crude production has fallen to about 117,000 barrels per day and the volume of each cargo loading in October has also been trimmed, another of the sources said.

The outage will tighten Asia's sweet crude supplies, which could support prices for similar exports from Vietnam and the Atlantic Basin, traders said.

Shell declined to comment. Petroleum Brunei and Malaysia's state energy firm Petronas did not respond to requests for comment.

A leak was recently discovered at a compressor unit at the Gumusut-Kakap oilfield off Sabah in East Malaysia which had been shut in August for maintenance, the second source said.

The unit, which was supposed to resume operations this month, will remain shut until repair works are carried out in November, he said.

The loading dates for cargoes originally scheduled to be exported in end-September to November have also been pushed back by three to 12 days, he added.

Other stakeholders of Kimanis production include Indonesia's Pertamina, Thailand's PTTEP and ConocoPhillips.

Production of Kimanis crude has been falling in recent years but still makes up the bulk of Malaysia's exports. - Reuters 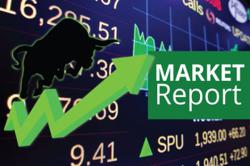