KUALA LUMPUR: Global technology titans from the digital global business services (DGBS) industry, which participated in the Digital Investments Week of Malaysia Tech Month 2021, have continued to express their confidence in Malaysia as an attractive investment hub.

The DGBS industry is one of the key contributors to Malaysia’s digital economy, said Malaysia Digital Economy Corp (MDEC) in a statement yesterday.

“While active GBS companies account for approximately 20% of total active MSC Malaysia companies, they are the largest contributor to the overall performance of MSC Malaysia, adding up to 50% of investments, 66% of exports, and 61% of jobs created,” it said.There are currently 579 GBS companies within MSC Malaysia, with 57% being foreign direct investments.

Furthermore, 30% of these foreign-owned GBS are part of the Forbes Global 2000 and Fortune 500 companies, including HSBC Electronic Data Processing, Dassault Systèmes and Jabil Global Business Services, according to MDEC.

In the mid-2000s, MDEC had begun placing emphasis on the shared services and outsourcing industry, a precursor to GBS, and in 2006, Outsourcing Malaysia was formed to promote Malaysia as a GBS hub.

Besides targeting the creation of 50,000 high-value jobs, DIF5 focuses on five industry sectors to attract 50 Fortune 500 tech companies to land and expand in Malaysia, with the DGBS industry being one of the focus industries.

“This validation by global tech titans shows we are on the right trajectory towards firmly establishing Malaysia as the heart of digital Asean,” said MDEC senior vice-president of investment and brand Raymond Siva. — Bernama 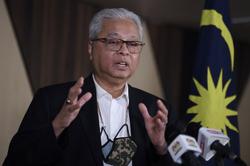