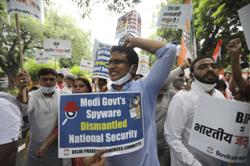 MCMC has put up a public inquiry (PI) paper seeking feedback by Oct 18 on several items it feels should be included in the Access List since access pricing is up for view.

PETALING JAYA: Mobile players may not agree to having the domestic roaming prices regulated, but may welcome the idea of opening up access to infrastructure such as ducts and pipes for fibre optic cables to allow for wider fixed fibre line deployment in the country.

Mobile network operators (MNOs) that already have a core mobile network may also be willing to vend-in into Digital Nasional Bhd’s (DNB) 5G network, as this will allow the players to safeguard their customer details and differentiate their service offerings to compete in the retail segment.

However, industry regulator Malaysian Communications and Multimedia Commission (MCMC) thinks that this would lead to unnecessary infrastructure duplication.

MCMC has put up a public inquiry (PI) paper seeking feedback by Oct 18 on several items it feels should be included in the Access List since access pricing is up for view.

Adding more items such as domestic roaming and fibre ducts and pipes to the Access List would allow for greater competition and hopefully result in better pricing and quality of services to the consumer, said an industry executive.

However, not all players will agree to some of the suggestions in order to protect their own turf. A final decision on what should be on the list will be made by early next year.

CGS-CIMB Research, in a report after reviewing the PI, said it was surprised that MCMC had proposed to include domestic roaming into the Access List. However, it thinks “domestic roaming may not be price-regulated.’’

“At this stage, we are unsure if MCMC is proposing to disallow this form of access, or just that it will not be regulated. Without their own 5GC, the big four (Celcom Axiata Bhd, Digi.com Bhd

and U Mobile) MNOs will have a limited ability to differentiate their products/services, and provide seamless user experience between DNB’s 5G and their 4G networks. This could lead to more intense competition in the long run (once 5G coverage is wide),’’ the research house said.

CGS-CIMB Research noted that other telcos are unlikely to roll out fibre into landed residential areas to compete against high-speed broadband for broadband subscribers even if mainline and inter-exchange ducts and manholes in all areas are included into the Access List. This is because rolling out fibre is capex-intensive.

Currently, lead-in ducts, mainline and inter-exchange ducts and manholes are allowed only in exclusive areas. 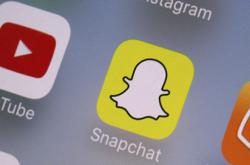