KUALA LUMPUR: Bank Negara Malaysia and Bank Indonesia have announced that the expansion of local currency settlement framework to include direct investment, income and transfer, in addition to trade, as eligible underlying transactions, effective today.

"It also includes expansion of eligible users of the framework, such as individuals, and additional foreign exchange policy flexibilities, such as more simple documentation requirement, to facilitate the operationalisation of the framework,” Bank Negara said in a statement today.

It said this expansion is part of the continuous effort to facilitate a wider use of local currencies for settlement of trade and direct investment between Malaysia and Indonesia.

Given the expansion, Bank Negara and Bank Indonesia have also appointed additional qualified commercial banks in both countries to support the operationalisation of the expanded ringgit-rupiah settlement framework.

In general, the appointed banks are experienced in facilitating trade and direct investment between the two countries, have a wide customer base and have established strong business relationships with banks in the counterparts country, it said.

The settlement framework was first launched on Dec 11, 2017 in accordance with the Memorandum of Understanding between BNM and Bank Indonesia that was signed on Dec 23, 2016. - Bernama 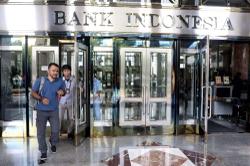