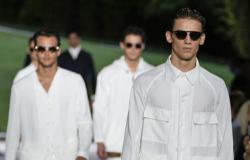 MILAN: Giorgio Armani SpA sees pre-pandemic level sales returning next year after the Italian fashion group lost about a quarter of its net revenue in 2020.

“The goal is to return to pre-pandemic levels by 2022, with over €4bil (US$4.71bil or RM19.91bil) in indirect revenues, including licenses, and over €2bil (US$2.35bil or RM9.93bil) in direct consolidated revenues,” Giorgio Armani, chairman and chief executive officer of the Armani Group, said in a statement.

Armani, 87, remains the sole shareholder of the company he co-founded in 1975.

He provided jackets for the Italian national soccer team that won the European Championship earlier this month, and is building a suite of luxury apartments above his New York City flagship store.

The Milan-based company reported total revenues last year from Armani-branded products worldwide, including licensing revenues, of €3.3bil (US$3.9bil or RM16.49bil), down 21% from 2019, it said in a statement.

Still, the Italian fashion house started recovering in the first half of this year. Its consolidated revenue as of June rose 34% compared with the same period last year.

The growth was driven by “the sharp recovery in sales volumes in China and the United States since the beginning of the year, and more recently also in Europe.”

That will likely point “to a much better profitability scenario for 2021.”

Earlier, it was reported that John Elkann, scion of Italy’s Agnelli family, had explored a possible tie-up as part of plans to build a luxury conglomerate.

Discussions with Armani, however, did not progress due to the designer’s reluctance to sell, with reports stating that talks were informal and no bank was involved.

The deal would have established the Agnellis as major players in the fashion industry alongside the Arnaults and Pinaults in France. ― Bloomberg 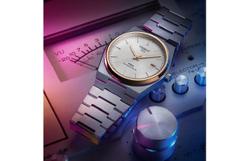 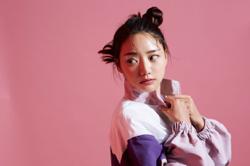