KUALA LUMPUR: The FBM KLCI pulled back on Monday, tracking regional markets as concerns over tighter regulations in China.

Losers trounced gainers by 702 to 343, while 428 counters traded unchanged. Trading volume was brisk at 4.8 billion shares valued at RM2.79bil.

The KLCI-component stocks were overwhelmingly in the negative, with 27 losers and three gainers.

Meanwhile, oil prices fell over US$1 on concerns about fuel demand from the spread of Covid-19 variants, as well as floods in China.

Reuters reported that Chinese shares fell sharply to their lowest levels this year today after China barred for-profit tutoring in core school subjects and restricted foreign investment in the sector.

Under the new rules, all institutions offering tutoring on the school curriculum will be registered as non-profit organisations, and no new licences will be granted, according to an official document.

China's blue-chip CSI300 index fell 3.22% to end at its weakest close since December, the Shanghai Composite Index declined 2.34% at a more than two-month closing low, and the Shenzhen Composite fell 2.28%. 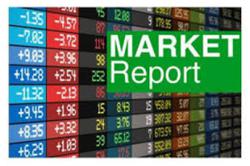