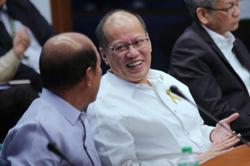 KUALA LUMPUR: Former secretary of finance of the Philippines, Cesar V. Purisima has expressed his gratitude to former President Benigno S. Aquino III for steering the country's economy to recovery.

“I share the profound grief of the Filipino people on the passing of the former president. My deepest condolences to the Aquino family, and to the wider family of public servants who served with honor under his presidency,” he said in a condolences note.

Cesar said he owed Aquino a debt of gratitude for the opportunity of a lifetime for his six years of service in his cabinet as Secretary of Finance and as head of his economic team.

“It was Aquino’s strong mandate and unwavering resolve that made those six years particularly fulfilling ones as we sought to, as he mentioned in his inaugural speech, ‘travel far on the right path, and...bequeath a better future to the next generation’, he said.

Cesar, a founding partner of private equity (PE) firm Ikhlas Capital Singapore Pte Ltd, said Aquino demonstrated principled leadership in realising those hopes for the Philippines in the six years he was in office.

“The turnaround story of the Philippines – from Asia’s sick man to Asia’s bright star – is without doubt one of his greatest legacies. He left office with a Philippines more optimistic about its future, having ended the vicious cycle of doubt and having entered a virtuous cycle of confidence.”

“I recall with pride, how we raced past our peers and even outpaced China at times to post economic growth figures that were among the world’s fastest.

“Indeed, the six-year growth average of 6.2% during his administration was the Philippines’ highest in four decades,” Cesar said.

He added that a key pillar of Aquino’s enduring legacy was fiscal sustainability, having reduced debt as a percentage of gross domestic product (GDP) to historic lows of 44.8% by 2015 and weaned the country off foreign debt, with external financing also at its lowest share in the portfolio at 34.8%.

Cesar noted that Aquino also strongly pushed for revenue reforms – from the landmark Sin Tax Reform Law of 2012 and the GOCC Governance Act of 2011, to difficult revenue administration and enforcement reforms – that further expanded its fiscal space.

Aquino ended his tenure with a record low 5.8% unemployment rate in the first quarter of 2016, and with high consumer and business optimism, Cesar noted.

“Our standing in various international rankings likewise improved dramatically, jumping 38 notches in the World Economic Forum Competitiveness Report from 85th to 47th, while climbing 39 and 45 places in the Heritage Foundation Index of Economic Freedom and the World Bank Ease of Doing Business Report during his presidency.

“For people who remember history by the numbers: these are just some of the irrefutable figures of the tangible gains the great economics of President Aquino’s good governance had delivered,” he added.

“For people who remember history by its grand narratives, Aquino was a uniquely singular figure in recent political history.

“His principled leadership consistently put people over politics, prudence over populism, refusing to let expedient electoral games get in the way of his sacred responsibility to the Filipino people,” Cesar said, adding that Aquino was a transformational leader who humbly took the long view.

“They say power corrupts, but with Aquino, it seemed as though, perhaps bearing the abiding pain of history – at once both deeply personal and immensely national – the presidency always maintained a knowingly careful and responsible relationship with power.

“His was a presidency that deeply understood the weight of consequences each decision carried, no matter how far-reaching or long-enduring such consequences were,” he said.

“His presidency is a lasting reminder of how far our will to hope and hunger for change can take us. When President Aquino left office, the Philippines was full of heady optimism.

“It felt like the morning again after a particularly long and dark night. His presidency empowered all of us Filipinos to believe that we can do and be better, and that the Filipino is indeed worth fighting for each and every day,” Cesar said.

“His sudden departure – no doubt too soon – leaves us with little time to reflect on his place in history. I am certain there will be a fuller reckoning of his outsized impact on our nation’s trajectory.

“As we celebrate his life and honour his memory, let us turn our deep grief to profound hope. In these difficult times, under the dark cloud of a long pandemic, may his legacy endure to remind and inspire our nation of a bright future we once greeted – and can meet again – if only we rise to the challenges of the moment. 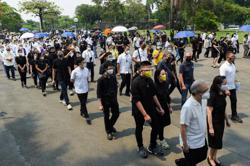