KUALA LUMPUR: Top Glove Corp shares jumped in early Monday, tracking the surge of the American Depositary Receipt (ADR) -- which are traded on the OTC exchange in the US -- last week.

Last week the world’s largest glove maker reported a strong set of earnings on-year but there was a decline quarter-on-quarter.

“The negative variance from our forecast is due to lower-than-expected volume sales and average selling price (ASP).

“Hence, we lower our FY21E/FY22E net profit by 15% each to account for lower ASP and volume growth, ” it said.

Kenanga Research said ASP trend is expected to soften albeit at a slower pace going forward as nitrile lead times have been reduced to between 90 to 120 days from 150 days previously.

“In our view, subsequent quarters of ASP weakness have already been reflected in the current share price. Reiterate OUTPERFORM with lower TP from RM6.49 to RM5.60 based on 12 times CY22 EPS, ” it said. 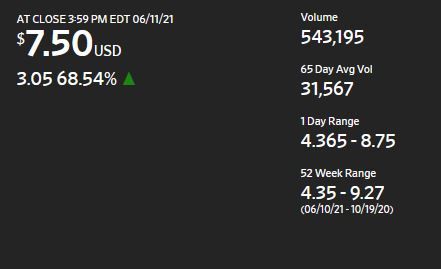