THE rising prices of various raw materials are impacting the cost of production of many firms. But one particular industry stands out, namely that of green energy.

As has been widely-publicised, a sudden and steep rise in the cost for solar panels seems to have thrown a spanner in the works of the burgeoning solar power industry. This in turn is putting a damper on the green energy targets that country’s like Malaysia have set for itself. It is a global phenomenon and no one knows how long the prices of the raw materials will remain elevated.

In fact, it is the very drive to produce more clean energy that has caused the raised raw material prices or commodities supercycle.

What now? Perhaps some adjustments to incentives ought to be considered by the government.

Winners of the fourth cycle of the large-scale solar programme (LSS4) are in a tough spot due to raw material price spikes. But such is the name of the game, that the pricing risks always stood with applicants so this is something they have to live with.

LSS4 aside, experts believe that solar power is still viable at current cost structures. More investment into the sector would help.

The good news is that Malaysia is a global leader in green sukuk issuance, points out a recent report by the Climate Bond Initiative.

Malaysia ought to dedicate more of its infrastructure investments into green projects, the report adds.

Other elements also need to fall into place if Malaysia and the region is keen on meeting green energy targets. This includes some agreements on definitions and standards.

In this regard, some progress is being made. Asean is setting a framework for green investments in the region that could be worth as much as US$3trillion (RM12.3 trillion).

The Asean Taxonomy board, for which Malaysia is playing a key role, will develop and maintain a set of categories and definitions to guide its members on sustainable economic activities.

There also needs to be a framework for countries to transition into green energy usage as countries cannot be expected to “flick on a switch” and go green, experts say. The move to green energy also has to have an element of being “just” so as not to cause economic dislocations in society especially in underprivileged segments.

Friendly funding options from developing nations ought to be sped up in order for these countries to nudge nearer to their green energy goals.

INFLATION has been a big theme around the world as the commodity boom fuelled by the ongoing global economic recovery together with a world awash with liquidity.

Prices of raw materials have gone up and that will mean it will be more costly to make goods if prices remain elevated.

One industry that is sensitive to price passthroughs is the car industry.

With the economic recovery that will happen here eventually, demand for cars will surely pick up faster than it has been even with the aid of the tax-free holiday for the purchase of cars.

The price of aluminium that has gone up is reportedly going to hit the price of electric vehicles and even combustion engines whose engine blocks and chassis are made out of metals. Not helping is the squeeze in the supply of semiconductors which has made the production of cars more difficult.

The constraints in the supply chain will mean fewer cars being made and that will only exacerbate the problem.

But for Malaysia, the economic recovery will eventually mean a boom in domestic demand.

That has to be matched with increased employment and job security but the one thing that we do not have which is acutely being felt in the western world is a shortage of labour.

The fear is the economic recovery may not be matched with rising wages as it is likely that companies will be hesitant in the early days of the recovery to expand aggressively, even though it has been shown that those who do are the ones that will really win in the longer term if they are bolder than their competitors in capturing market share.

MARGIN calls are part and parcel of the stock market. There are many traders who have margin accounts given the use of debt to leverage on stock purchases can add to gains.

The same is with owners of companies. There are major shareholders who will pledge their shares in a company to free up cash. But the risk is that if the shares fall, then there are consequences. Either they top up their margin accounts to account for the short fall or their shares get sold.

In December 2018, Prestariang Bhd’s president and Dr Abu Hasan Ismail was forced to sell his shares in the company because of a margin call.

He lost controlling shareholding in the company that was rocked by a steep drop in the share price following the loss of a major government contract. 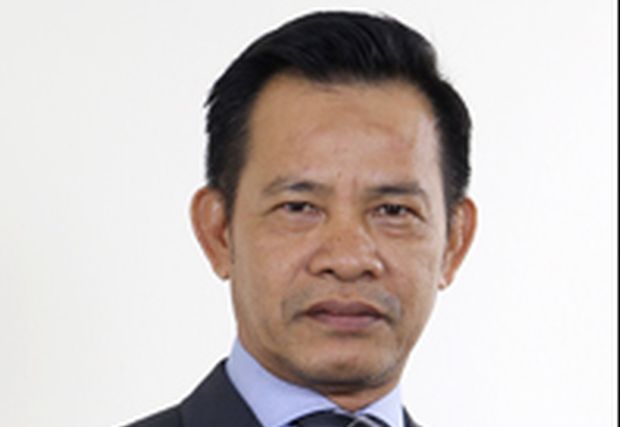 The same happened with Datuk Awang Daud Awang Putera, (pic above) who was the co-founder of Serba Dinamik Holdings Bhd

Some 8.5 million shares were sold as the stock remained under pressure following accounting issues.

He says the sale of the shares is largely due to the technicalities of the stock market margin call and was not an offloading of shares exercise.

Awang Daud says he is confident of the prospects and future of the global integrated engineering services provider despite disposing of a small percentage of the group’s shares.

And he says he is not parting ways from Serba Dinamik, a company he helped co-found with Datuk Abdul Karim Abdullah.

“I have known Karim for innumerable years and I place great faith in his leadership abilities which has taken the group to where we are today, ” says Awang Daud, who, in a statement, says has been connected to the group in various and diverse capacities since its inception.

He is confident that the board of directors and senior management of the group will carry out all the necessary steps to clarify any queries pertaining to the audit issues highlighted by KPMG PLT to safeguard the interests of its stakeholders.