(BAT) is in a better position to face the uncertainties caused by the current lockdown although its outlook remains challenging.

The cigarette maker’s domestic manufacturing and distribution activities were halted from June 1 to June 14. This time around, the group is better prepared as it has maintained a higher amount of inventory to deal with such uncertainties and is able to fully replenish stocks in trade prior to the commencement of the MCO 3.0.

From a recent BAT virtual analyst briefing, TA Securities feels the company is better prepared for MCO 3.0. “Management stated that the stocks in trade appear to be adequate for the duration of MCO 3.0 and will speedily access the market and re-supply products once the situation permits.

“Overall, we reckon that the group has performed the necessary measures to minimise the impact of the lockdown.

“However, should the MCO 3.0 extend to over a month and affect re-supply efforts, we think that the stocks of some retailers may run low and this would not bode well for the group, ” the research house noted.

TA, which has upgraded BAT to a “buy” from a “sell”, said the implementation of transhipment and import restrictions in Malaysia had started to yield early success in cracking down illicit cigarettes, leading to a legal industry volume recovery of 19% year-on-year (y-o-y).

The level of illicit cigarettes is believed to have declined from the official reading of around 64% in late-2020 to about 60% now.

In addition, TA said the management was excited that BAT’s first quarter (Q1) financial year 2021 (FY21) share of the legal market had increased by 1.9 percentage points to 52.3%.

The research house said that the management also shared that there were progressive discussions with Malaysian authorities to set regulations over nicotine vape products. Some of the items highlighted by industry players include the need to establish a list of banned ingredients and dosage of ingredients in vape liquids, standard of devices alongside requirement for players to obtain approvals around the sale of nicotine vape products.

The framework is still subject to finalisation, nevertheless it reckoned there was a chance that the government may introduce regulations on nicotine vape products as early as the second half of the year.

Meanwhile, Maybank IB Research, which is maintaining a “hold” call on the counter, pointed out that the company’s outlook remained challenging.

“The tobacco industry is expected to continue facing challenges in volume growth in light of a high illicit share of 64% as at the end of Q4 last year. Tighter transshipment regulations could improve legal cigarette volumes but we believe a meaningful decline in the illicit share will only materialise when the price gap of legal and illicit cigarettes narrows appreciably, ” it noted.

BAT’s principal environmental, social and governance (ESG) risk lies in the negative health implications of its products, it added.

“The industry is under pressure to address the harmful effects of cigarette smoking while rising global health awareness and unfavourable government policies pose additional challenges to the growth of the industry. Nevertheless, BAT’s ESG compliance should strengthen as it gradually diversifies into non-combustible products, ” Maybank IB said. 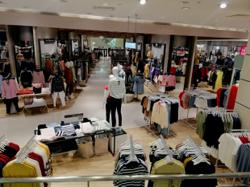 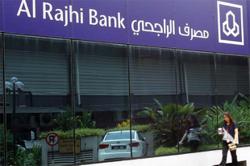