FDI rolling in despite lockdown

PETALING JAYA: The high number of Covid-19 cases, which resulted in a lockdown, will unlikely deter foreign direct investment (FDI) into Malaysia as they are long-term in nature.

Although the lockdown may have affected investors’ sentiment, this is seen as a transitory hurdle, according to economists.

Socio Economic Research Centre executive director Lee Heng Guie (pic below) told StarBiz that although the lockdown is expected to dampen sentiment, FDI inflows into Malaysia are expected to improve this year and enjoy better prospects over the medium-term. He attributed this to the expected strong recovery in global economic growth led by the United States and China.

Better global economic growth would induce outward investments from the advanced economies to Malaysia, he said.

Furthermore, the rollout of Malaysia’s Digital Blueprint Programme is expected to boost FDIs in the development of software and hardware digital infrastructure as well as 5G.

The eventual implementation of the Regional Comprehensive Economic Partnership or RCEP will also place Malaysia as a competitive nation and attract more foreign investments.

A survey conducted by Standard Chartered in April showed Malaysia as the top choice for Chinese companies looking for expansion opportunities in Asean.

However, Lee said pending the lifting of the emergency and reconvening of Parliament, Malaysia has to quickly roll out the 12th Malaysia Plan (2021-2025) and New Industrial Master Plan to chart its future direction.

“Domestic and foreign investors are anxious to find out what the medium and long-term strategic measures and initiatives are to drive the country’s growth and investment path forward.

“Post the Covid-19 landscape will be more competitive and complex in the business and cost dimension.

“The emergence of new digital technologies, changing structures of international competitiveness, and growing domestic challenges such as structural ones could cause disruptions to the country’s economic potential.

“Hence, the government has to address the weaknesses to enhance Malaysia’s attractiveness as a competitive investment location, ” Lee said.

AmBank Group chief economist Anthony Dass Pic below) expected the FDI outlook for this year to be better than last year. However, much would depend on the global and domestic macro conditions – the prime catalysts – to determine the “actualisation” of investments over the next few years, he said.

“For 2021, we are not ruling out potential delays in FDI inflows materialising as investors may prefer to take a wait-and-see attitude until the domestic situation stabilises. Nonetheless, the most of the FDI inflows are long-term in nature.

“Hence, investors will be able to look past the temporary ‘setback’ and focus on domestic business policies, ” he said.

Dass said total approved investments this year may improve with either a smaller contraction or turnaround with a small growth of 2% to 5% from the RM164bil in 2020.

He said it would depend on the management of the Covid-19 cases and stepping up of the vaccination programme to reach herd immunity by year-end.

There is also a need to have policy clarity and consistency such as the standard operating procedure (SOP) during the restrictive movements, he said, adding that the country needs to establish a strong political institution. These are key factors that would influence confidence, capital expansion of businesses.

Prior to the recent lockdown, he said Malaysia managed to attract FDI inflows worth RM81.9bil from 240 companies.

“There are high quality investments in the technology, innovation, green technology, electric vehicles and financial technology sectors. About RM44bil worth of foreign investments are currently at various stages of evaluation, ” Dass said.

He said the government should emulate South Korea, Japan and Taiwan.

“These countries focused on quality over quantity. They engaged in sophisticated technology and were selective. While Malaysia looks strongly into investment evaluation prior to approving, we must try to ink technology transfer agreements with our foreign joint-venture partners and not merely accept whatever form of agreements in place, ” he said.

RAM Rating Services Bhd senior economist Woon Khai Jhek Pic below) said given the improving global economy and investment sentiment, it is unlikely that the panic withdrawal of FDI as observed last year would repeat.

With measures in place to tackle the rising Covid-19 cases and the ongoing vaccination rollout, he felt the current pandemic wave would likely be viewed as a transitory hurdle for the economy.

Direct investments, he said, which are long-term in nature, would likely be determined by the fundamental strength and value proposition of the economy over a longer horizon.

While the typical tax incentives and preferential treatments would continue to play a major role in attracting FDI inflows, the enabling of foreign investors to travel and conduct site visits under the current global pandemic is also mportant.

A subdued investment appetite is unavoidable over the next few months given the operational disruption caused by the tighter movement control order.

That said, FDI inflows should recover once the situation stabilises, consistent with the revival seen over the last two quarters.

Net FDI inflows accelerated for the second successive quarter to RM9.1bil in the first quarter of the year.

On the potential sectors that could sustain foreign investments, Woon said the manufacturing and services sector has been the main recipient.

Woon said the electrical and electronic (E&E) sector has the brightest prospect given the current global chip supply shortage as well as the ongoing tech upcycle.

Malaysia is a major player in the global E&E supply chain, with E&E constituting close to 40% of Malaysia’s overall exports.

OCBC Bank economist Wellian Wiranto (pic below) said there would be an inadvertent negative impact on Malaysia’s FDI attractiveness with the lockdown in place. Given the continued difficulties in cross-border travel, it would remain logistically challenging for senior decision-makers from prospective companies to come to Malaysia and conduct their on-the-ground due diligence before committing their FDI capital.

Stringent protocols, despite the short-term pain, would be long-term answer to curbing the pandemic.

“This will reverse some of the negative factors and allow FDI capital to flow back into Malaysia. Apart from continued measures by the government to attract FDI capital via preferential tax treatments, it is crucial to get the pandemic under control, ” said Wellian. 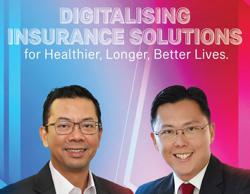